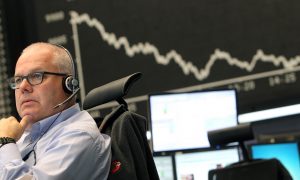 World Stock Markets Uneven Ahead of Key US Job Report
0 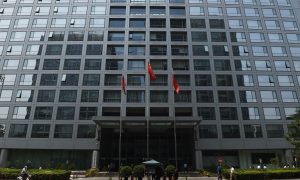 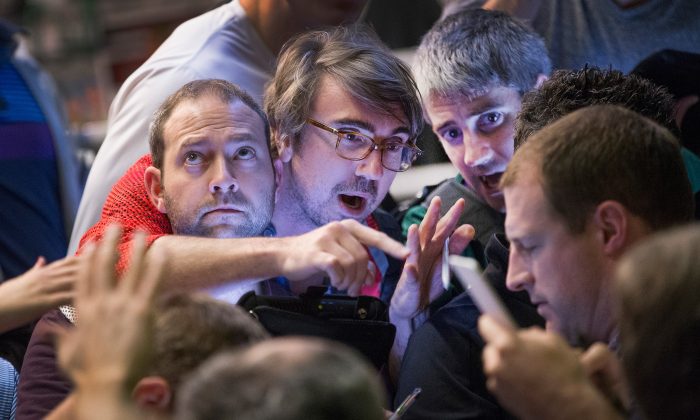 Traders in the Standard & Poor's 500 stock index options pit at the Chicago Board Options Exchange (CBOE) fill orders shortly before the close of trading in Chicago, Ill., on Oct. 28, 2015. (Scott Olson/Getty Images)
Business

NEW YORK—While the Standard & Poor’s index is finishing 2015 around where it started, the index has been sharply divided between winners and losers. Four of the index’s 10 sectors rose, while energy and five others lost ground.

CONSUMER DISCRETIONARY: Up 8.4 percent. These stocks had by far the best year on the market. The sector was driven higher by big gains from Netflix and Amazon, the only S&P 500 stocks that doubled in value this year. Starbucks, Cablevision and Expedia all did well. The S&P’s consumer discretionary index has risen for seven years in a row.

HEALTH CARE: Up 5.2 percent. Health care stocks rose thanks to gains in drug companies, such as the macular degeneration drug maker Regeneron, and Botox maker Allergan, which combined with Actavis early in the year. A wave of consolidation lifted health insurers.

CONSUMER STAPLES: Up 3.8 percent. Even though shares of Wal-Mart had their worst year in four decades, consumer staple stocks edged higher on gains from Spam maker Hormel, Monster Beverage and Corona distributor Constellation Brands. The $54 billion combination of Kraft and Heinz also helped the sector.

TELECOM: Down 1.7 percent. Shares of Frontier Communications and CenturyLink tumbled this year, countering a small gain from telecom giant AT&T and a 10-percent jump for Level 3 Communications.

FINANCIALS: Down 3.5 percent. Financial stocks slipped as losses from Goldman Sachs, Berkshire Hathaway and student loan processor Navient canceled out gains from E-Trade Financial and property and casualty insurer Chubb. Investors expected the Federal Reserve to raise interest rates this year, but it waited until December to do so. Higher interest rates mean banks can make more money on loans.

UTILITIES: Down 8.4 percent. Utility stocks are seen as stable investments that pay steady dividends, and the utilities sector had risen five out of the last six years. With interest rates about to start rising, investors sold utility stocks this year.

MATERIALS: Down 10.4 percent. The prices of gold, silver and copper slid to six-year lows in 2015 as the global economy cooled. That battered stocks of mining and metals companies like Freeport-McMoRan and Alcoa as well as glass container maker Owens-Illinois and fertilizer maker Mosaic.

ENERGY: Down 23.6 percent. With worldwide oil supplies building up and demand slumping, the price of oil hit its lowest level since early 2009 and natural gas fell to its lowest price since 1999. Energy companies cut tens of thousands of jobs as they scrambled to reduce spending, and earnings plunged.