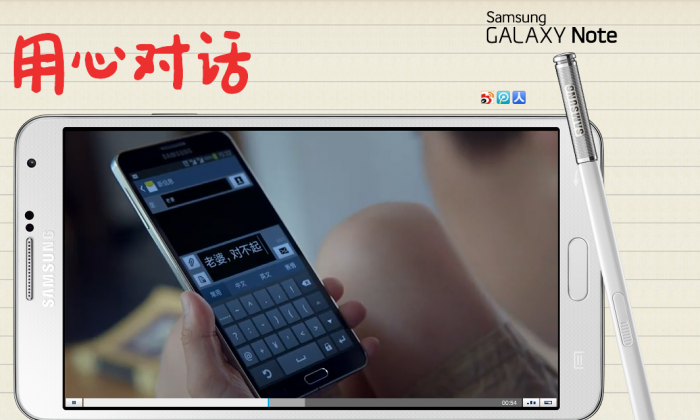 Details of the Galaxy Note 4 have surfaced, as well as a release date.

Indonesian Internet retailer Erafone published what are supposedly the Galaxy Note 4’s details on its website.

The Note 4 will allegedly come with a 5.7-inch Super AMOLED 1,440×2,560p display, come with 4GB of RAM, and include a 16-megapixel rear camera with optical image stabilization.

The Note 4 will also pack either a 2.5GHz quad-core Snapdragon 805 chip or an octa-core Exynos 5433 with four 1.3GHz Cortex-A53 and four Cortex-A57 cores. The Snapdragon model could be a US only version, while the Exynos model could be for the international market.

An earlier report indicates that Samsung will unveil the phone at an Unpacked event on September 3, and that Verizon, T-Mobile, AT&T, and Sprint should be carrying the Galaxy Note 4 in the United States.

Citing a “leaked internal document,” Gotta Be Mobile suggests that Samsung is going to release the Note 4 on September 15, which is 2 days before the rumored release of the iPhone 6.

See a tech update below.

NEW YORK—Smartphones and tablets would be much more useful if they allowed us to multitask the way desktop and laptop computers do.

When I’m watching video, for instance, I have to pause it to read an email or text that comes in. When I’m composing a message to make plans, I have to leave the app to check the weather forecast. For the most part, I’m not able to do more than one thing at a time on a single screen.

That’s starting to change with Android devices, though. Windows tablets do let you run multiple apps side by side, but Windows phones do not. The iPhone and iPad don’t, either.

In this installment of A Closer Look, I assess some of the Android devices that offer limited multitasking. These approaches aren’t as smooth as what I’m used to on Mac and Windows personal computers, but they are a start.

Samsung offers Multi-Window, which lets you see multiple apps running side by side on the screen. You’re typically limited to two, though Samsung’s 12.2-inch Pro tablets let you do as many as four. There’s a slider you can use to control how much screen space each app takes.

Multi-Window works with only selected apps, though. You can use Samsung’s Video or Google’s Play Movies & TV app as one of the selections, but not Hulu or Netflix. Even so, the choices have gotten better since Samsung first made this feature available in 2012.

As much as I like this concept, I’ve rarely used it on my two-year-old Galaxy S III. It takes me longer to figure out which apps are supported than to simply grab another device and get what I need there.

Owners of Samsung’s Note smartphones and tablets also get a second way to multitask. It’s called Pen Window and gets activated when you use the stylus that comes with the device. You simply use the pen to draw a box in the screen. The box floats over the main app on the screen, and apps open inside the box. You can have several apps open at once, and you can temporarily set an app aside by minimizing it into a small dot.

Again, this only works with selected apps.

LG’s latest smartphone, the G3, has a Dual Window feature. Just hold the back button and choose two apps to open side by side. As with Multi-Window, you’re limited in your choices. You can adjust a slider to determine how much on-screen real estate each app occupies.

The phone also has Qslide, which gives you easy access to three apps at once. Unlike Dual Window, these apps are in overlapping windows, similar to traditional PCs. There’s a slider to make two of the apps semi-transparent while working on the third. So if you’re composing a text message to make plans and need to see whether you’re free, you can launch a calendar through Qslide. Unfortunately, Qslide works with even fewer apps than Dual Window.

For the most part, you’re limited to messaging, Web browsing and tools such as the calendar and calculator. Dual Window has a few extras, including Maps, YouTube and the photo gallery. Neither offers weather or streaming video services.

The Mate2 has a feature called Window on Window, or WOW. When you turn it on, a small translucent circle hovers over the home screen or any app you’re using. Clicking on it gives you quick access to some basic tools — a calculator, a calendar, a note pad and text messaging. You’re limited to just those four.

The app hovers in a window over whatever you’re doing. Hit the arrow to expand it to full screen, or hit the “x” to make it go away.

The extent of apps available doesn’t exactly wow me, but it’s another effort toward making mobile devices as useful as laptops. There’s more work to do, but I’m glad device makers are working on it.