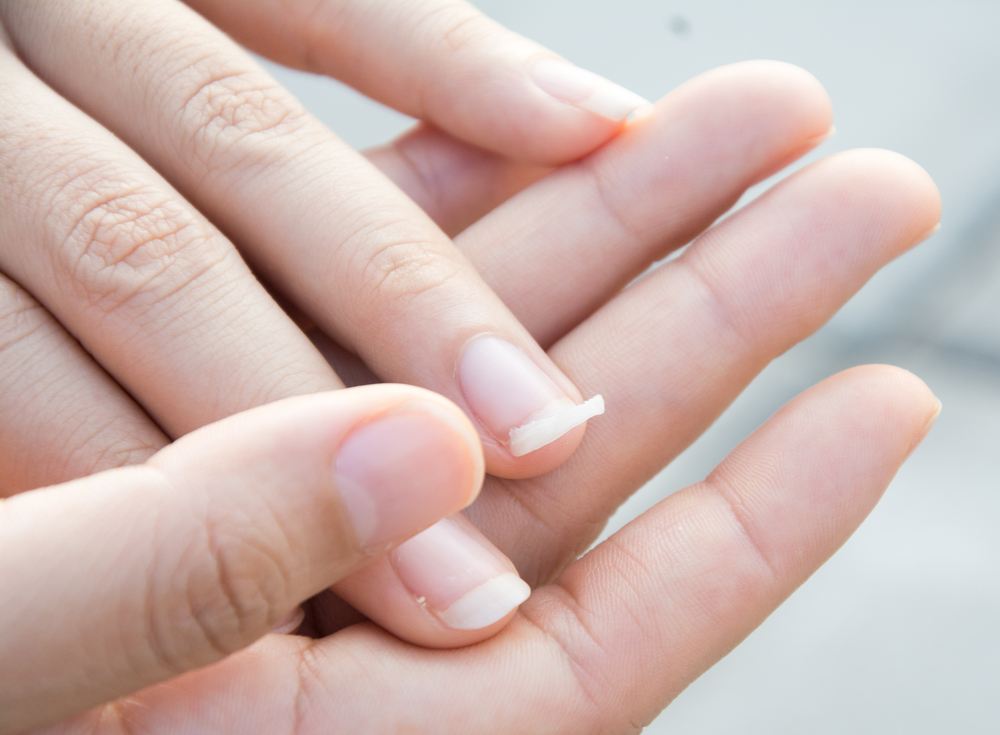 8 Nail Conditions and What They Mean for Your Health

Have you been taking good care of your nails? Nails can reflect the overall health of our body. We should pay attention to our nails, as when strange patterns or color abnormalities appear on them, they are actually warning signals about our health.

Healthy nails should be pink in color, without lines or spots. The nail plates should be strong, slightly curved, smooth, and shiny. On the contrary, if lines appear on your nails, or if their color is no longer pink, then you should take stock of your health.

Horizontal lines on nails are also known as Beau’s lines. Dr. Cai Yishan, director of the Department of Dermatology at Jingxian United Clinic, pointed out that if horizontal lines appear on nails, it means that the body has experienced a major condition, such as a grave illness or severe inflammation. For instance, a couple of months after being discharged from the hospital, one former COVID-19 patient found that almost all of his ten fingernails had horizontal lines on them. There are also children who have recovered from an enterovirus infection who have horizontal lines grow on their nails.

Fortunately, these lines will slowly grow out and not persist as the body’s condition improves.

Contrary to Beau’s lines, vertical lines can appear only on some nails. Another major difference is that they don’t signify any serious risk.

The emergence of such lines signifies the aging of the nails. After the age of 40, some people are prone to having vertical lines on their nails. “We would joke that they are wrinkles for nails,” said Dr. Cai.

With age, not only do vertical lines appear on nails, but the growth of nails will also slow down with an increasingly worse texture. The nails will simply not be as good as when we were younger.

Small dents and pits on nails resemble little holes made with a metal nail. When such small depressions appear on nails, the body may be experiencing thyroid disease, autoimmune diseases, spot baldness, or psoriasis.

When people trim their nails, they clip off the distal edges. However, some people may discover that the pink areas of their nails have become smaller. This is known as onycholysis, the painless separation of the nail plate from the nail bed.

If we use a lot of cleaning agents in daily life, these chemicals will keep on penetrating between the nail plate and the nail bed, causing the pink area of the nail bed to shrink.

To prevent onycholysis, we can apply a little bit of Vaseline or balm to the nail bed, where the nail meets the flesh, as a layer of protection.

When suffering from chronic diseases, such as liver, kidney, heart, and lung diseases, the patient’s fingernails will experience changes in color.

For example, the fingernails of long-term smokers are usually paler than usual. Dr. Cai stressed that the fingernails are a good place to observe in order to check the body’s circulation.

If the nail color is not right, such as pale and/or opaque, there might be a problem with the heart and lung functions. Another condition that can signify a heart/lung problem is when the nail color returns to pink very slowly after the fingers are pressed.

If black patches or streaks appear on fingernails or toenails, it is advisable to seek medical consultation as soon as possible, because this may be melanocytic cancer. It is a type of malignant skin cancer that usually appears as black patches on fingers, toes, palms, feet, and nails. And it has a high mortality rate.

Melanocytic cancer, described by Dr. Cai as a “scary demon,” is often mistaken for bruises. In her clinic, a woman in her 60s showed a black patch on one of her toenails, and the patient had always thought that it was a bruise. However, the black patch grew increasingly large and even expanded to the toe. So she went to Dr. Cai for a checkup and learned that she had melanocytic cancer.

Dr. Cai explained that a melanoma resembles a bruise, but it can expand to the skin surrounding the nail.

It takes a long time for these bruises on nails to disappear, up to six months for fingernails and one year for toenails. This is because nails grow quite slowly. For young people, their fingernails require six months to regrow completely and toenails require one year. And the nail growth is even slower for the elderly. Therefore, when black lines appear on your nails, it is advisable to immediately contact your physician for a medical examination.

It is often said that white spots form on nails due to a lack of nutrients. However, this is actually a myth.

White spots on nails are not related to malnutrition, but are caused by bumps. Severe collisions can cause bruising, while mild superficial bumps can cause white spots.

A common theory is that brittle nails are a result of calcium deficiency. However, according to Dr. Cai, this is not true, except in the case where intense weight loss has led to anorexia, a condition that would cause nutritional deficiencies and nail deterioration.

Since nails are made of hard keratoproteins, and the functions of children’s nail keratoproteins are immature, their nails break or peel very easily. However, the situation will improve as one grows up.

If one’s nails are still brittle as an adult, it may be related to the lack of moisture in the nails. In these cases, one should keep nails short and apply hand cream containing urea on your hands and nails.

Some people are exposed to water at work, which can also make their nails weak and brittle. Dr. Cai suggested they take Biotin (also known as vitamin H) for better nail texture. “I have taken Biotin myself, and my nails indeed grew stronger and faster,” she said.

In addition, people with poor-quality nails can apply nail cuticle oil and nail lotion, but it is not recommended to use hard nail polish and gels, which only give the illusion of sturdier nails. Lastly, Dr. Cai reminded us that people who like doing manicures, including gel manicures, should give their nails a rest once in a while, instead of wearing the manicures continuously, and this applies especially to those with rough and damaged nails, in which case you may want to go manicure free for one or two months to restore nail health.