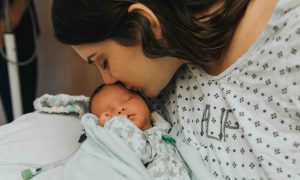 19-Year-Old With Brain Tumour Managed to Stay Alive to Give Birth: 'Death Happens in the Blink of an Eye'
0
Share Now
TelegramFacebookTweetEmailTellMeWeReddit
Copy Link 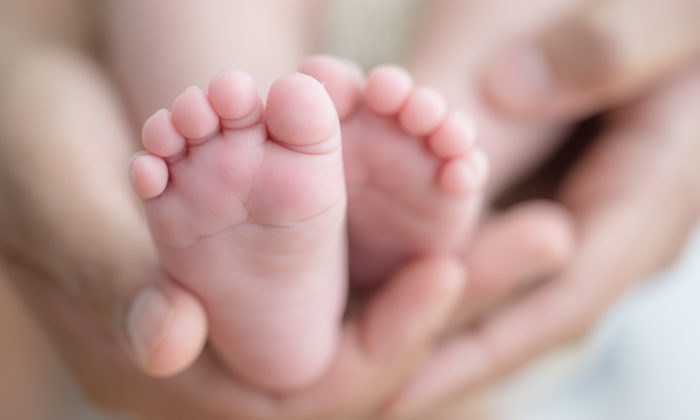 A 73-year-old woman in India, long plagued with infertility, has at long last given birth to twins.

“They would call me a childless lady,” Mangayamma Yaramati told BBC after giving birth to two healthy girls on Sept. 5.

Yaramati, who hails from the southern Indian state of Andhra Pradesh, told the news service that she and her 82-year-old husband, Sitarama Rajarao, felt looked down upon by fellow villagers because of the couple’s prolonged inability to conceive.

“People looked at me with accusing eyes as if I had committed a sin,” she told The Times of India. “Neighbors would call me ‘godralu’ [a pejorative term for a barren woman]. However, my husband stood by me like a rock.”

“We tried many times and saw numerous doctors,” Yaramati told BBC, “So, this is the happiest time of my life.”

The babies were conceived following in vitro fertilization (IVF) treatment and delivered via Caesarean section.

“It’s due to the grace of God and doctors that I have now become a proud father of two baby girls,” Rajarao said, according to The Times.

According to The Hindu, Yaramati remained under the care of staff in a medical facility throughout her pregnancy due to her age. Umashankar Sanakkayala, who headed the team of 10 doctors involved in Yaramati’s pregnancy, was cited by Daily Sabah as calling the successful conception, carriage to term, and subsequent delivery a “medical miracle—an achievement of modern medicine.”

“Also, IVF doesn’t entirely depend on science alone, God’s grace is important too,” he said.

He told the BBC that “the mother and the babies are doing well.”

Once verified, Yaramati could become the new record holder for the oldest woman to give birth.

“We checked her school certificate, which is authentic and mentions her date of birth as July 1, 1946,” Umashankar said of Yaramati, according to the Daily Sabah, making her an apparently serious contender for the world record.

Currently, the oldest confirmed person to have given birth is Spanish woman Bousada de Lara who when she delivered twin boys in December 2006 was 66 years and 358 days old.

Woman Has Her First Child in Her 70s

The story follows the case of an Indian couple who was never able to conceive naturally during their 46-year-marriage before successfully undertaking fertility treatment in their 70s.

Daljinder Kaur, who does not have a birth certificate, is believed to be in her 70s, AFP reported. She gave birth to a boy after two years of IVF treatment. Her husband was believed to be 79 at the time.

“I feel blessed to be able to hold my own baby. I had lost hope of becoming a mother ever,” said Kaur, CBS reported. “Everyone asked me to adopt a baby, but I never wanted to. I had faith in Almighty, and knew I will bear my child one day,” she also said.

When Arman, was born, he was described as healthy, CBS noted.

Speaking to Practical Parenting earlier this year, Kaur said that she has experienced high blood pressure and weakening joints since giving birth

“My blood pressure has suffered and I get tired very easily now. I’ve seen several doctors but they just give me medicines and a diet plan,” she explained.

“My body can’t take it,” she said. “It’s been harder than I thought. I’m worried for Armaan. I have to take care of my health but I have to care of Armaan too.”

Despite the difficulties, she said she has no regrets about giving birth so late in life.

Some have urged India’s government to take action to prevent older women from becoming pregnant.

“The whole world is looking at India and saying we can’t regulate ourselves,” said Dr. Narendra Malhotra, head of the Indian Society for Assisted Reproduction, AFP reported. “We put forward guidelines for ART (Assisted Reproductive Technology) clinics seven years ago. No government has taken them seriously, and a bill has been pending for seven years.”

Armaan, Malhotra said, “is going to be an orphan in a few years. And there are serious risks for the mother – she can die during pregnancy. Just because we can do something doesn’t mean we should do it, just to make world records.”

Embryologist Anurag Bishnoi, who performed the procedure for Kaur, said he was reluctant. But after he saw that all test results showed she was healthy, he gave Kaur the IVF treatment.

“For them [the parents] it is a time of great happiness,” he told The Guardian. “Especially because her brother, also, didn’t have any children. They were two families, and both didn’t have children.”