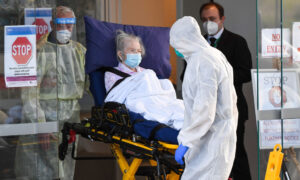 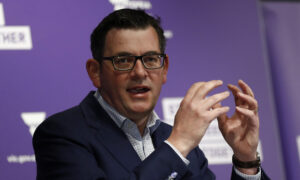 Victoria has reported an Australian-record 59 COVID-19 deaths, although only nine of the fatalities are new.

The figure from Sept 4 easily surpasses the previous Australian record of 41 deaths on August 31.

Throughout this week, Victoria’s daily toll has included earlier aged care deaths as the sector reconciles data with the state and federal governments.

The Victorian Department of Health and Human Services said 50 of Friday’s reported deaths were at aged care fatalities from July and August.

The state also had 81 new cases, a significant drop from Thursday’s spike of 113.

The fall in case numbers is encouraging news, two days from the announcement of the much-anticipated “roadmap” out of lockdown.

Premier Daniel Andrews will announce separate pathways for how and when Melbourne and regional Victoria will come out of respective stage four and three lockdowns.

There is no confirmation yet that any restrictions will be eased on September 13, and Andrews is not deviating from his pre-set timeline for unveiling the state government’s strategy.

“The time to announce what things look like in the weeks and months ahead is not today,” he told reporters on Thursday.

Andrews reiterated the “roadmap” could not be released as it was not finished yet and needed contemporary data from the next few days.

“There is an enormous amount of modelling going on at the moment,” he said.

“Literally thousands of scenarios are run through various computers and processes, and that does take some time.”

The premier also dismissed a leaked document indicating Melbourne’s 8pm-5am curfew could be extended by a further fortnight as out of date.

Meanwhile, Victoria Police has defended the arrest of a pregnant Ballarat woman for allegedly inciting a planned anti-lockdown protest in the regional city on Saturday.

Police are determined to stop a “Freedom Day” protest planned at locations in inner Melbourne, including at the Shrine of Remembrance, on the same day.