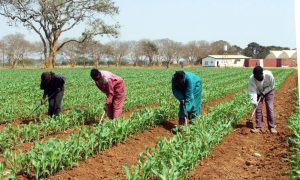 GMOs in Zambia: Facts at a Glance
0 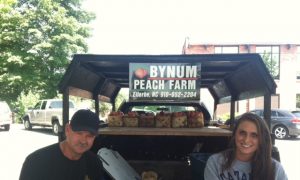 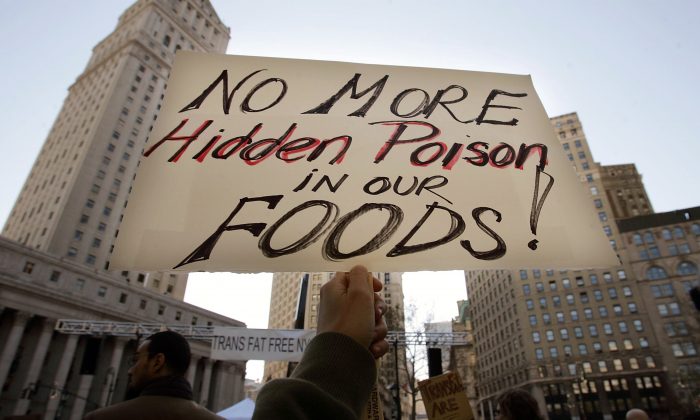 A protester holds a sign reading 'No More Hidden Poison in Our Foods' at a rally against trans fats Oct. 30, 2006, in New York City. (Mario Tama/Getty Images)
GMOs and Biotech

Scientific debates continue to rage over these food additives. Many claim they pose no threat while others cite evidence to the contrary. Here’s a list of America’s five most controversial food additives.

MSG is a flavor enhancing food additive found in snack foods, Chinese takeout, ramen noodles, and a variety of other foods. It’s been controversial since the 1960s when people complained about headaches, chest pain, sweating, and a variety of other symptoms from eating it. According to Yale Scientific Magazine, no negative effects have been found. But, it does appear that a minority of the population does experience some of these symptoms from ingesting MSG. Ancient Romans, Greeks, Byzantines, and Chinese used MSG.

Made from genetically modified corn, this sugar substitute is found in nearly every soft drink and many candies in America. The artificially produced sugar does not exist in nature and is 20 to 70 percent cheaper than sugar. Like sugar, it doubles as a food preservative. However HFCS, according to the Global Healing Center, has a high risk of leading to hypertension, Type 2 diabetes, liver damage, and mercury exposure. The center also cited a Princeton University study that found that mice that ate HFCS gained fat 300 percent faster than those who ate fruit sugar.

A polyunsaturated fat that rarely occurs in nature and is artificially produced on the commercial scale for snack foods like baked goods and chips. Controversy abounded during the fat-free craze during the 1980s and 1990s when this fat was used in reduced-fat foods.

In the body, trans fat lowers good cholesterol and raises bad cholesterol. More controversy arose when the Food and Drug Administration (FDA) allowed the labeling of zero trans fats on food packaging when the product contained less than half a gram per serving, according to NBC.

According to Fox News, GMO crops have been on the market since 1995 and include corn, soy, cotton, and canola, which are called the “big four.”

Additionally, Fox cited research about GMO consumption done on different animals, which found intestine, lung, kidney, and liver problems, and inflammation of the colon. Anti-GMO lobbyists have consistently fought a losing battle in the United States to get GMOs labeled on food packaging. The EU requires labeling for GMOs.

Found in most diet sodas and chewing gum, this sugar substitute and artificial sweetener inspired backlash as a toxic chemical hastily approved by the Food and Drug Administration (FDA). Aspartame was an accidental discovery when in 1966 a scientist licked his fingers after touching the chemical by accident after it spilled out of a flask, according to the FDA.

The controversy is about its approval by the FDA despite its toxic effects. According to a letter written to the FDA by the Aspartame Toxicity Information Center, the chemical has several negative side effects:

In the 1970s tests on infant primates consuming aspartame in milk resulted in five out of seven experiencing grand mal seizures.

Another test concluded that the chemical caused brain damage in lab mice. In the FDA’s defense, the letter said some of these effects were purposefully kept from the FDA until after its approval.