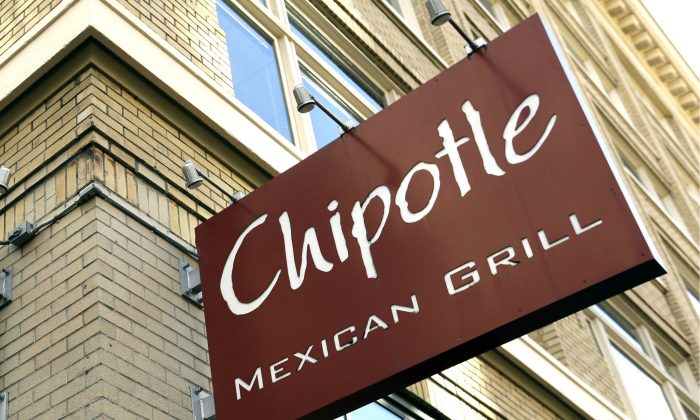 SEATTLE—Chipotle has closed 43 of its Pacific Northwest locations in response to an E. coli outbreak health officials have connected to the Mexican food chain.

About two dozen people have fallen ill and more were being tested. And at least one lawsuit has already been filed by a woman who says she became sick after eating a burrito bowl at a Vancouver, Washington, Chipotle on Oct. 21.

Here are five things to know about the outbreak:

What’s Being Done to Find the Source?

The detective work began this past weekend. Health officials in Washington state and Oregon have been interviewing the 22 people with a confirmed diagnosis to find out what they ate. Their blood is being tested to identify the exact strain of the illness.

Two people do not believe they ate at Chipotle at all during the past few weeks. They may help provide a clue to where the E. coli came from or they might just be mistaken, health officials have said.

Food from the affected Chipotle stores is also being tested. Health officials believe the culprit will likely be something fresh like lettuce or tomatoes, but they won’t know for sure until the testing and interviewing is complete.

Could People Get Sick From Eating Somewhere Else?

It’s possible all the people who have gotten sick have something else in common, other than Chipotle. It’s also possible the full extent of the outbreak has not been discovered.

State epidemiologist Dr. Scott Lindquist says he’s keeping an open mind about the extent of the outbreak, but is hopeful they have stopped the spread of the illness by closing Chipotle restaurants in Washington state and in the Portland, Oregon, area.

If the illness is traced to a food supplier, that supplier may be sending its products to other restaurants or grocery stores. Health officials will not know for sure until they find the source of the E. coli.

Other Food-Based Health Problems at Chipotle

A salmonella outbreak linked to tomatoes sickened dozens of people in Minnesota beginning in August. In California, health workers said norovirus sickened nearly 100 customers and employees at a Chipotle restaurant in Simi Valley in mid-August.

Will Chipotle Be Closing More Restaurants?

So far the outbreak seems to be limited to Washington state and Oregon.

Chipotle says there hasn’t been any evidence of a link to other locations so they won’t be closing any more locations.

The company has 1,931 stores and each restaurant brings in about $2.5 million in revenue a year on average, according to Chipotle.

What Is E.coli and How Do i Know if i Have it?

There are hundreds of E. coli and similar bacteria strains in the intestines of humans. Most are harmless, but a few can cause serious problems.

Symptoms of E. coli infection include diarrhea, abdominal cramps, nausea and vomiting. Health officials say the best defense against the bacterial illness is to thoroughly wash hands with soap and water.

Marisa D’Angeli, medical epidemiologist with the Washington State Department of Health, encourages anyone who has been sick with intestinal symptoms and has eaten at Chipotle since mid-October, to go see their doctor and get tested. She also said anyone with bloody diarrhea should go to the doctor whether they have eaten at Chipotle or not.