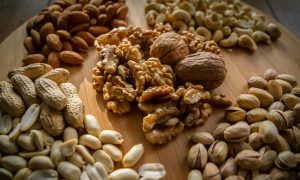 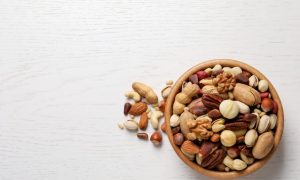 Does Eating 2 Teaspoons of Nuts Really Boost Your Brain Function by 60 Percent?
0 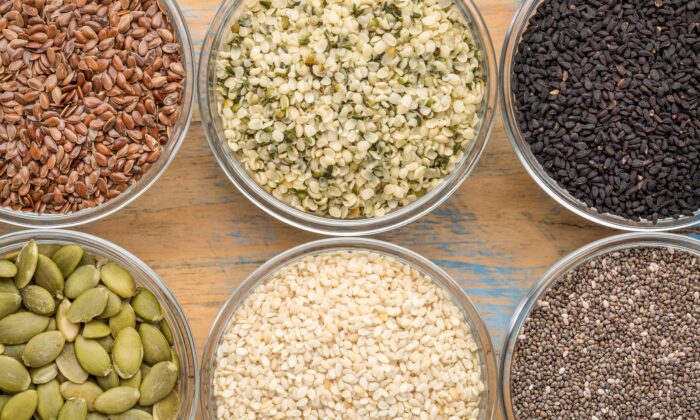 Seeds are nutrient dense and delicious. They make a great snack and can be added to almost anything to add vitamins, minerals, and flavor. (marekuliasz/Shutterstock)
Mind & Body

5 Seeds to Improve Your Health

Seeds—as the starting point for growing rich, thriving plants—are a source of complex nutrition. They deliver fiber and a formidable list of good fats and nutrients with tremendous value for our health and well-being.

They are rich in minerals, vitamins, and antioxidants that protect the plant DNA from oxidative stress and help perpetuate the species. They also contain beneficial components in the endosperm to sustain the embryo’s growth.

Seeds played a major role in pre-agricultural diets due to their high energy content and nutrient density. But they remain a crucial part of nutrition today for their unique composition—and distinct benefits for wellness. Here are five seeds that can be a rich addition to your everyday diet.

Flaxseed is a rich source of the plant-based omega-3 fat alpha-linolenic acid (ALA) as well as lignans and fiber. These all enhance health through their anti-inflammatory and antioxidant properties. Current evidence highlights the role of flaxseed in a range of cardiovascular conditions, breast cancer, and other cancers, gastrointestinal problems and hormonal status in menopausal women.

In a systematic review, researchers associated flax with decreased breast cancer risk, where the seed helped stunt potential cancer spread and reduce mortality risk in those already afflicted with the disease.

There are at least 150 abstracts found on the GreenMedInfo flaxseed database online.

Nigella sativa (N. sativa), or black seed, has a long history of dietary and medicinal uses. It hails from the Ranunculacaeae family and is found in Southern Europe and North Africa. Due to its important attributes, it has a rich historical and religious background.

N. sativa and its oil have been widely used for centuries to treat various ailments. Among Muslims, it is deemed a great miracle for healing that can remedy many illnesses, thus earning a revered place in tibb-e-nabawi, or prophetic medicine. As a remedy, N. sativa’s flexible benefits have been found helpful for a variety of conditions:

Epilepsy: A 2007 study with epileptic children, whose condition was resistant to conventional drug therapy, found that a water extract of black cumin significantly slashed seizure activity. Black seed is traditionally known to have anti-convulsive action.

Hemp seeds offer a creamy, nutty taste and have versatile uses in the kitchen. They are a nutritious addition to cereals and granola, salad dressings, and desserts, and more. But they are also a rich source of easily digestible proteins, along with an ideal balance of omega-3 and omega-6 fats. Hemp seeds have essential amino acids, antioxidants, and other nutrients that help us achieve optimal health.

The nutrients of help seeds have several health benefits. They can nourish hair, skin, and nails, fight dryness and inflammatory conditions such as eczema, and exhibit anti-rheumatoid arthritis properties. They also provide an abundance of fiber, and brain-nourishing omega-3s and minerals such as iron, phosphorus, magnesium, and zinc.

Hemp seed can be added to your smoothies, sprinkled on your morning bowl of granola, or added to bread or muffins.

Sesame seeds are interesting in their variety of colors, from black to white to yellow or red. They come from the tropical plant Sesamum indicum, believed to have hailed from Africa. They are commercially cultivated today in countries like India, China, and Mexico.

The magic phrase “open sesame” from “Arabian Nights” likely rings a bell for many, and it may be interesting to know that this is based on the seeds growing pods bursting open once ripe. It’s just as curious to know that sesame seeds are packed with nutritious components, from vitamin B1 to minerals such as calcium, magnesium, manganese, phosphorus, and zinc.

As a therapeutic agent, sesame seeds are widely recognized for their healthful effects against cardiovascular disease and diabetes. They are thought to exert a beneficial effect on endothelial function in hypertensive males,  as well as lead to a synergistic effect with an anti-diabetic medication in Type 2 diabetes patients.

You can see more primary research on sesame seed benefits on the GreenMedInfo.com database.

We’re wrapping up this list with a superfood that’s popular and has found its way to virtually everything from water and juices to salads and stir-fry to pancakes.

Chia, or Salvia hispanica L., originated in Mexico and Guatemala, and has served as an integral part of people’s diet for the past 5,500 years. It was traditionally used by Aztecs and Mayans in preparing folk medicine as well as for food and canvases.

This seed is a reliable source of the polyunsaturated fatty acids omega-3 and omega-6 as well as soluble dietary fiber. It also has notable amounts of protein and phytochemicals.  This nutritional profile is why chia is used to treat several diseases, including high blood pressure, cardiovascular disease, and diabetes.

A 2010 study probed the effects of chia on postprandial glycemia and prolonging satiety. It concluded that these favorable effects potentially explain improvements in blood pressure, coagulation, and inflammatory markers previously observed after 12-week chia supplementation in Type 2 diabetic subjects.