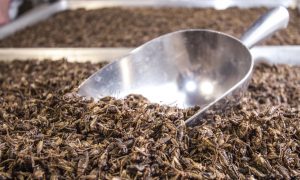 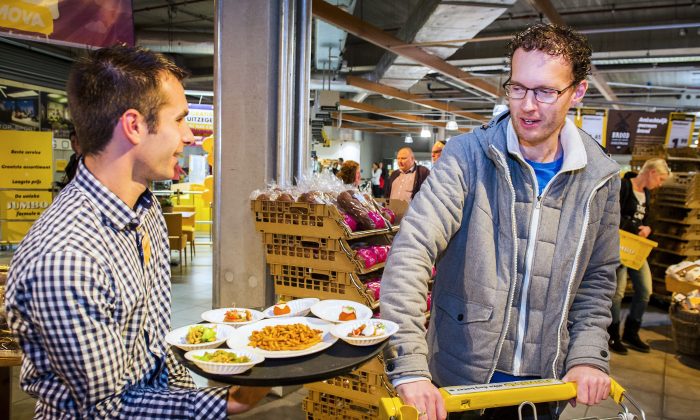 5 Reasons You Should Be Eating More Insects

The very thought of eating insects grosses people out. The image of a creepy, crawly, bug working its way down your windpipe doesn’t exactly conjure up feelings of the contentment we feel with other foods.

In other cultures who don’t have the “luxury” of consuming conventional sources of protein regularly, insects are a perfectly legitimate choice. In fact, 2 billion people worldwide eat insects regularly as a food source, and North America is JUST starting to catch on.

Insects can easily be made into flour to add to protein bars, baked goods, tortillas, and more.

If you’re not sure yet, consider these 5 compelling reasons you should consider eating more insects.

Turns out, insects are quite the little nutrition powerhouses (consider that their main form of food is plants). They are high in vitamins and minerals, low in fat, and contain some serious protein.

Fortunately, some companies are just starting to produce protein bars made from cricket flour, so you don’t need to worry about harvesting them from your backyard and getting a crawling critter down the hatch – you won’t even know the difference from a regular protein bar, as the taste is apparent delicious!

In times of food scarcity and insecurity, insects can turn from troublemakers to deal breakers for survival. Wilderness survival experts have long endorsed insects as an easier and cheaper way to secure food, and they can easily be made into flour to add to protein bars, baked goods, tortillas, and more. This can significantly bump up the protein content of you food, as well as nutrients like iron and zinc.

More Sustainable and Better for the Planet

It goes without saying that insects emit far fewer greenhouse gases that feedlot livestock and take up way less space, which leaves a much smaller carbon footprint on the environment. It is estimated that crickets are 20% more efficient as a source of protein than cattle, and produce 80 times less methane than cattle as well.

The amount of precious resources, like land and water, required to raise crickets is exponentially smaller than any other form of pastured or feed lot animal as well, which makes it much more sustainable longer term.

Entomophagy, the ingestion of bugs for food, is a practice that can safely and healthily reduce pest insects. For example, during a locust invasion in Israel, citizens tool a different approach to managing the infestation – they ate the bugs themselves as opposed to using poisonous insecticides.

Using insects to fuel impoverished countries is a real solution that is already in progress thanks to MBA students from McGill University in Montreal, who are creating “power flour” (insect derived protein flours).

According to the BBC, by the year 2050 the planet will be 9 billion people, and the demand for animal products is rising sharply in low and middle income countries. Due to the enormous toll the livestock industry takes on natural resources and the environment, ramping up livestock production is not a reasonable and economical solution.

Consider that a single kilogram of feed yields 12 time more edible cricket protein than beef protein, and the fact that some species of insects are drought resistant, and it just makes sense that these tiny critter could become a more practical source of food security for these low to middle income countries (and the rest of the world).

Logically speaking, harvesting insects for food makes sense from a nutritional and environmental perspective. The only significant hurdle that remains is people adopting insects as a food source, and the enormous livestock industry kicking and fighting along the way.

If bugs as an efficient source of nutrition and protein isn’t that palatable to you you, then at least consider these top 5 plant based sources of protein, which require much less resources and produce a much friendlier carbon foot print for our planet.