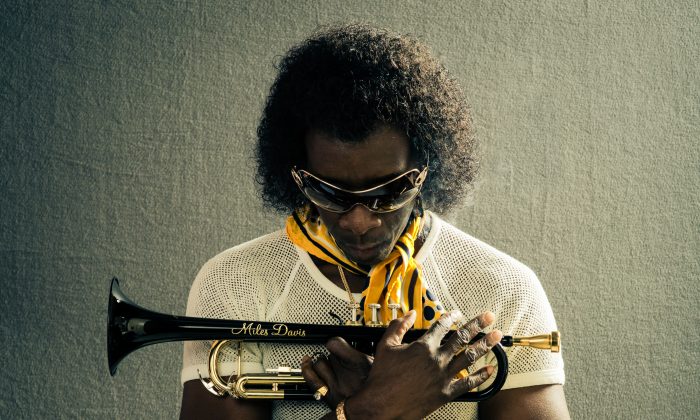 The Epoch Times film critic sifts through the film offerings of March 2016, and picks five must-see movies. The choices are based on which movies will have the most visibility and potential to impact the culture, especially (but not always) in a positive way.

“Hot Water” is a wake-up call. A documentary about uranium in the American aquafers and drinking water literally turns metal water taps hot. The uranium mining industry has become a problem. The filmmakers thought it was a one-state issue. Then they covered nine states, and thousands of miles, and didn’t begin to scratch the surface of the problem. Imagine when we add the fracking ramifications. The subsequent health and environmental damage will take generations, and in some cases thousands of years to heal, and we’re still not doing anything about it.

It’s being described as a “sci-fi chase film.” Roy (Michael Shannon) plays a father who goes on the lam after finding out his 8-year-old kid’s got supernormal powers. Joined by his buddy Lucas (Joel Edgerton) and ex-wife Sarah (Kirsten Dunst), they need to get out of Dodge and hide up—they’re being hunted by an extreme religious sect, as well a governmental task force. It’s an all-out chase, leading to what could be a world-changing event.

This is the first animated feature-film adaptation of the children’s classic.

The film’s not a straight adaptation of Saint-Exupéry‘s novel, but pieces of the original story are woven into a new narrative about a young girl who befriends the story’s now elderly aviator, as she deals with her overbearing mother.

This is a little confusing. Looks like Batman Versus Superman, right? Wrong. It’s Batman 5, as in, Roman numeral V. However, it is, generally speaking, a fight between the two—between a god and a man. Batman takes on Superman because he feels Superman is running around a little too unsupervised (no pun intended). With Batman and Superman going at it, a doomsday threat is created by Lex Luthor, and Supe and Bats need to bury the hatchet, team up with Wonder Woman, and stop that dastardly Lex Luthor from destroying Metropolis.

‘Born to be Blue’

… is because coming up in April, you’ll be wanting to see Don Cheadle play the even more legendary jazz icon, Miles Davis, in “Miles Ahead.”

And since both these trumpeter stories come out in the same year, and 2016 is the year of #OscarStillSoWhite, in the event that the 2017 Academy Awards turns into #OscarAlwaysAlwaysAlwaysSoRidiculouslyWhite, you will have judged for yourself—who played the better trumpet player. Or, wait a minute, is it who played the trumpet player better? Miles Davis was definitely the better trumpet player. Who will be the better actor? Word has already gotten out that Don Cheadle took up the trumpet for real, four years ago, to start getting in character.