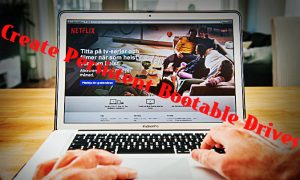 As a Linux user, you probably have searched online for articles and tutorials that show you how to use the terminal to run some commands
By Vamsi Krishna
biggersmaller
Print

As a Linux user, you probably have searched online for articles and tutorials that show you how to use the terminal to run some commands. While most of these commands are harmless and could help you become more productive, there are some commands that are deadly and could wipe out your whole machine.

In this article, let’s check out some of the deadly Linux commands that you should never run.

Note: These commands are really harmful, so please don’t try to reproduce them on your Linux machines. You have been warned.

This is one of the most deadly Linux commands around. The functionality of this command is really simple. It forcefully removes or deletes (rm) all the files and folders recursively (-rf) in the root directory (/) of your Linux machine. Once you delete all the files in the root directory, there is no way that you can boot into your Linux system again.

Also be aware that the below command comes in many other forms such as rm -rf * or rm -rf. So always be careful when ever you are executing a command that includes rm.

This weird looking command doesn’t even look like a command, but it functions like a virus which creates copies of itself endlessly, thus called as Fork Bomb. This shell function quickly hijacks all your system resources like CPU, memory, etc. and will cause a system crash which in turn may result in data loss. So never ever try this command or any other weird-looking commands for that matter.

3. Move Everything to Nothingness

The functionality of this command is really basic and simple. All it does is move (mv) the contents of your home folder (~) into the /dev/null folder. This looks really innocent, but the catch is that there is no folder called “Null,” and it simply means that you are moving all your files and folders into nothingness essentially destroying all the files irrecoverably.

This command is really a disaster as it formats your entire hard drive and replaces it with the new ext3 file system. Once you execute the command, all your data is lost irrecoverably. So never ever try this command or any other suspicious command that involves your hard drive (sda).

This command is much more simple; any command you execute (in the place of “any-command”) will write the output data to your first hard drive replacing all the files and folders. This in turn damages your entire file system. Once you execute this command, you will be unable to boot into your Linux machine and your data may be lost irrecoverably.

Again, don’t ever try any suspicious command that includes your hard drive (sda).

Using the command line is pretty interesting but don’t blindly execute all the commands you find in the internet. A single command is enough to wipe out your whole system. In addition, while some of the commands above require elevated permissions (administrator), they may be disguised in other commands and may trick you into executing them.