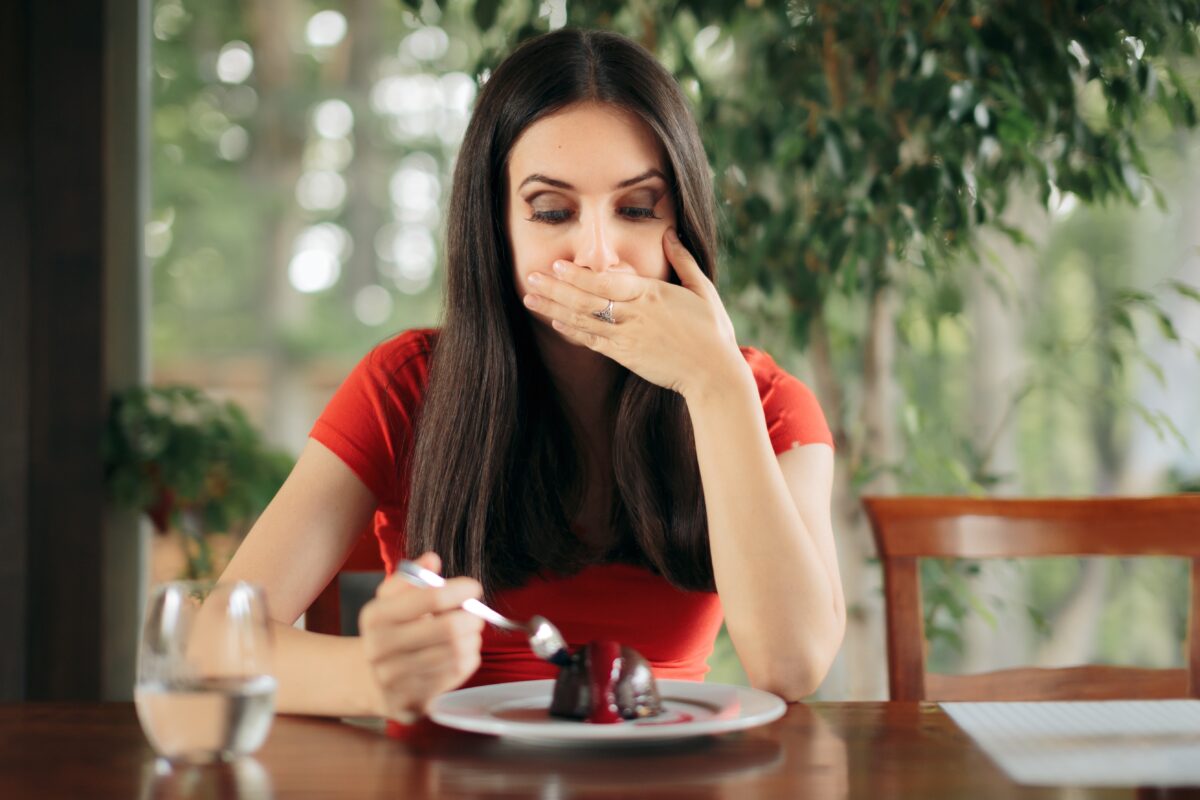 4 Ways to Get Rid of Persistent Hiccups

Most of us have experienced rapid and continuous hiccups, which are quite annoying. These hiccups are mostly benign, and there are four ways to get rid of them. However, if the hiccups persist for too long—as in, well over a day—then you should be aware that this may be a warning sign of certain diseases, such as cancer.

Hiccups are a common occurrence in life. Full from eating or drinking, hiccups can often occur for a short period.

However, some people experience rapid and continuous hiccups. Why is this? According to Dr. Liu Pengchi, director of the Yurei Clinic, the most common cause of these hiccups is abnormal contractions of the diaphragm. In this case, these hiccups are all still benign.

The cause is usually eating too fast or too much, or eating food containing gases, such as carbonated drinks and sparkling water, which could also cause one to burp. The above mentioned eating behaviors would cause the stomach to swell and the upper part of the stomach to touch the diaphragm, causing hiccups. Sometimes the phrenic nerve, which controls the diaphragm, sends unusual signals, causing the diaphragm to contract abnormally like a cramp.

In general, these rapid and continuous hiccups will slowly stop within one to two hours.

But if they continue across 48 hours, even spanning the middle of the night and affecting your sleep, you should get a medical examination.

If hiccups continue for a prolonged period over 48 hours, it could be associated with several diseases.

Liver and gallbladder cancer: Malignant tumors of the liver or gallbladder can grow to push up against the diaphragm, causing compressive spasms, which in turn lead to hiccups.

Stomach diseases: Malignant tumors of stomach cancer may push up against the diaphragm, and gastric ulcers may affect the stomach’s peristalsis and the time it takes to empty it. And if one eats too fast and/or eats indigestible food, the stomach may become enlarged and push up on the diaphragm.

Stroke: If a stroke takes place in the brain area that controls the phrenic nerve, it can cause abnormal hiccups.

When hiccups are incessant, it is important to see if it’s combined with the following symptoms:

If any of these conditions occur, it is best to seek medical attention as soon as possible.

When hiccups persist, the traditional Chinese and Western medicines both have their own ways to help get rid of them.

Drink slowly and in many small sips to sooth the stomach and intestines. You can drink cold or room temperature water.

2. Squatting while pressing the chest

In a squatting position, wrap your arms around the knees to tightly press into the chest cavity, in order to relieve the diaphragm cramps.

According to Dr. Liu, one can do this for 5 to 10 minutes at a time and see if there is any improvement. This exercise can be repeated several times.

According to Dr. Su Shouyi, the director of Yanlong Chinese Medicine Clinic, massaging the Zhongwan point, the Zusanli point, and the Sanyinjiao point can relieve continuous hiccups.

It is a commonly used point to cure spleen and stomach diseases, and it is useful for improving hiccups, loss of appetite, gastritis, and gastric ulcers.

Zusanli point (ST-36): four finger-breadths directly below the knee on the outer side of the leg

The main function of the Zusanli point is to regulate the spleen and stomach. It can help increase intestinal peristalsis and reduce flatulence-induced compression of the diaphragm.

Sanyinjiao point (SP-6): in the depression at the back edge of the shin bone, four finger-breadths above the inner ankle behind the posterior edge of tibia

The Sanyinjiao point can help with digestion and stop hiccups by allowing stagnant gas to flow through the intestines.

All of these methods can help stop rapid hiccups. If the situation is severe, one should still seek medical attention, to see if the hiccups are caused by other diseases.