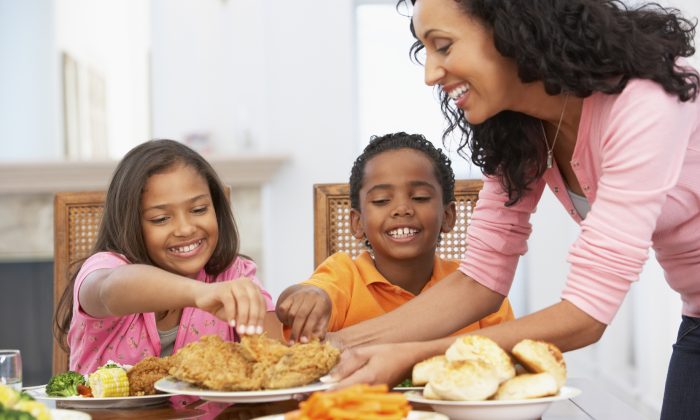 Our modern day food supply contains many ingredients that are problematic for young bodies. A number of common additives found in foods have been implicated in triggering symptoms ranging from behavioral disorders to asthma. Unfortunately, many parents mistakenly assume that if food additives have made their way onto the market, they are safe. However additive-containing foods can have side effects, especially when it comes to a developing child.

To protect your child from the consequences of potentially harmful additives, it is important to be informed so that you can recognize and avoid them.

MSG is regularly added to foods to improve flavor and increase the rate of consumption. Manufacturers often add it to poor quality food to mask bad tastes and create an almost addictive desire for their foods. Because toddlers are small and still developing (particularly their brains), they are more vulnerable to the effects of additives than adults.

Some of the problems related to its consumption are:  brain damage manifesting in headaches, restlessness, irritability, behavioral issues, and difficulty sleeping; allergic reactions such as asthma, rashes, and heart palpitations; digestive issues such as weight gain, IBS, and stomach upset; and nerve issues such as numbness. This is not the full list of symptoms.

MSG is often found in the following foods: soups, stocks, gravies, sauces, chips, noodle meals, snack foods and fast food, as well as more upscale restaurant meals. Do not expect to always find ‘MSG’ on the label. It can appear on labels under a variety of names.

Artificial sweeteners are routinely added to foods, drinks, and even supplements to reduce the amount of sugar that manufacturers need to add. Products labeled as “sugar-free” routinely include at least one artificial sweetener. Although they are marketed as “safe” alternatives to traditional sweeteners, there is a considerable amount of research and testimonials that attest to their dangers.

Aspartame, Splenda (or sucralose), acesulfame-K, saccharin, and neotame are examples of artificial sweeteners currently added to foods and beverages. In some cases, Aspartame may not even be labeled; instead, the ingredient list will carry the word “phenylalanine.”  The amino acid in aspartame is known to pose severe risks for certain individuals.

Many of the issues related to the consumption of these artificial sweeteners revolves around the damage it causes to the brain and nervous system leading to headaches, depression, and poor brain function. They have also been shown to damage vital organs such as the liver and pancreas, as well as shrinking the thymus gland and lowering overall immunity.

Artificial coloring is often added to children’s food as manufacturers know that children are attracted to bright colors. They are used in breakfast cereals, juice drinks, candy, baked goods, certain cheeses, and medications just to name a few. Even oranges can be sprayed with color to produce the signature bright orange we associate with them.

Interesting fact: Color is made from petroleum or coal tar. Now, is that something you would want to put into your toddler’s body? Look for carrots and beets as natural coloring agents on the label instead of artificial colors.

These “antioxidants” are added to foods that contain oils to prevent them from going rancid. They are often found in cooking oils, margarine, lard, crackers, cookies, bread, baked goods, croissants, potato chips, snack foods, and most commonly in cereals.

BHA (Butylated hydroxyanisole)(Butylated hydroxytoluene) and BHT can lead to a full range of adverse reactions such as asthma, insomnia, depression, fatigue, learning difficulties, and behavioral problems. They are even implicated in causing cancer. Some countries such as Japan have even banned them from use in foods.

1. Minimize consumption of processed foods, that is, canned, boxed, bagged, and frozen foods.
2. Avoid fast-food restaurants as much as possible.
3. Start reading labels, and chose products that are labeled “preservative-free.”
4. Prepare as much of your children’s food as you can yourself from natural ingredients.

Lilian Presti is a registered holistic nutritionist. This article was originally published on NaturallySavvy.com