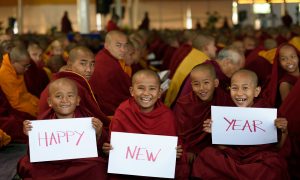 Still Thinking About Your New Year's Resolutions? This Year, Try Focusing on the Good Life
0 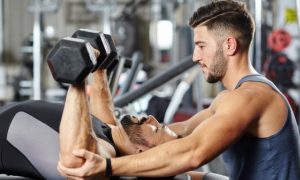 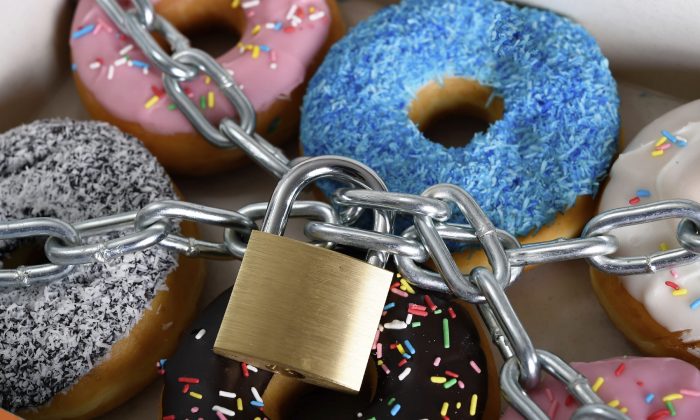 Every year, millions of people around the world make New Year’s resolutions. And every year, the great majority of us break and abandon those resolutions.

Self-control is a major problem for many of us, so failure to maintain our resolutions isn’t surprising. But is it inevitable? Is there anything we can do to make it more likely that we stick to our resolve?

Psychology research can help: here are four things you can do to make it more likely that, this year, you maintain your resolutions.

First, you can form implementation intentions. Multiple studies show people are much more likely to follow through on an intention to do something – say, exercise more – if they form the intention to do it when they encounter a cue.

Rather than just intending to exercise more, you might form the intention to set off jogging when the alarm goes off. Forming an implementation intention automates preparation for the behaviour when the cue is encountered. And that makes following through more likely.

In one study, for instance, women who formed food specific implementation intentions lost twice as much weight as a control group of dieting women.

Second, you can focus on abstract properties of events and things rather than concrete properties. Suppose your goal is to eat more healthily, and you’re tempted by a doughnut.

You might think of the challenge not as “eat this doughnut or not?” but “eat unhealthy food or not?”.

This is an application of what’s known as construal level theory to the problem of self-control. In general, construing things in more abstract terms tends to facilitate more rational thought and behaviour, possibly because it makes more salient the reasons why we want to exercise self-control in the first place.

It’s the effects of a pattern of eating doughnuts – not of eating a single doughnut – that we want to avoid, and these patterns and their effects are abstract properties. In contrast, the low-level properties of a temptation make salient the ways in which it’s immediately rewarding.

When you bundle choices, you don’t see them as discrete episodes, unrelated to one another. Rather, you see your current choice as representative of a recurrent challenge.

You can bundle choices by regarding yourself not as choosing just how to act now, but rather as choosing how to act now and on every subsequent occasion. I might see my choice whether to eat a doughnut with my coffee as predictive of how I will act in similar situations in the future (whenever I go to the cafe, for instance), thereby bundling my current choice with my future, similar, choices.

There’s some evidence that self-control is a limited resource: the more you use up, the less you have available for future challenges until the passage of time and rest restore your self-control capacities.

The third strategy you can employ to maintain your resolutions, then, is to restore your self-control relatively rapidly. Several things seem to help.

Why artificial sweeteners don’t restore self-control, but sugar does, is currently unknown.

Eating sweet foods helps too, though that’s a problem if what you’re trying to control is your tendency to eat too much junk, especially since it turns out artificial sweeteners don’t help. One experiment showed that while subjects who drank sugar-sweetened milkshakes had their depleted self-control restored, milkshakes flavoured with artificial sweeteners didn’t help at all (despite the fact that people were at chance when it came to guessing whether their drink used sugar or not).

Why artificial sweeteners don’t restore self-control, but sugar does, is currently unknown. Fortunately, more recent research has shown that it’s not necessary to actually consume the sugar sweetened food to get the benefits: swishing a sweet drink around your mouth and then spitting it out is just as effective.

If self-control is a limited resource, then we can avoid expending it unnecessarily: we can save it until we need it.

The fourth strategy for keeping our resolutions, more generally, is avoiding temptations. This seems, and is, obvious, but its importance may go unrecognised.

Perhaps people think willpower is more effective than it actually is. Or perhaps they fail to recognise it diminishes with use and across the day (consider how much more likely you are to eat sweets in the afternoon). So they don’t employ this strategy of avoiding temptation as often or as effectively as they might.

If you want to eat less chocolate, don’t buy the family size bar (or fall into the old two-for-the-price-of-one trap) and rely on your willpower to ensure you stick to just three squares tonight. When you’re tired, you might find it hard to stick to your resolve.

Better to buy a small bar: that way, the hassle of going out to buy more will probably be too great for you to give into your desire for another square of chocolate.

You can avoid temptation by choosing the lolly-free aisle at the supermarket; choosing a route home that doesn’t go past the pub; or the bakery, and so on. There’s evidence this kind of strategic approach to self-control is more effective than relying on willpower alone.

It takes planning to keep your resolution, but if it’s a worthwhile decision, it’ll be worth the effort.

This article is part of our series about New Year’s resolutions, A Fresh Start.

Neil Levy, Professor of Philosophy. This article was originally published on The Conversation. Read the original article.