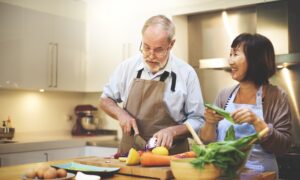 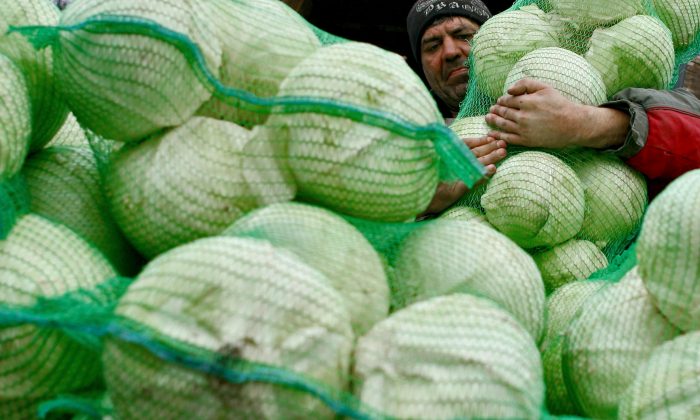 3 Reasons to Eat Your Cabbage

Cabbage doesn’t receive all the fan-fare that other members of the cruciferous vegetable family do, but it should. What is cabbage good for?

A better question might be, what isn’t it good for? As one of the most potent medicinal foods available, including cabbage as a regular part of your diet (two or three times a week, or, even better, four or five) may offer many significant health benefits.

The George Mateljan Foundation recently highlighted some of the latest news about cabbage and topping the list was its potential for cancer prevention. Nearly 500 studies have looked into this connection and revealed that cabbage’s anti-cancer powers are likely related to:

Cabbage contains powerful antioxidants like vitamins A and C and phytonutrients such as thiocyanates, lutein, zeaxanthin, isothiocyanates and sulforaphane, which stimulate detoxifying enzymes and may protect against breast, colon and prostate cancers.

Sulforaphane, also selectively targets cancer stem cells, and by doing so it effectively prevents the cancer from spreading and/or recurring. Antioxidants also help protect your body from oxidative stress.

“Without sufficient intake of antioxidants, our oxygen metabolism can become compromised, and we can experience a metabolic problem called oxidative stress. Chronic oxidative stress in and of itself can be a risk factor for development of cancer.”

You need some level of inflammation in your body to stay healthy, however it’s also possible, and increasingly common, for the inflammatory response to get out of hand.

If your immune system mistakenly triggers an inflammatory response when no threat is present, it can lead to significant inflammation-related damage to the body, a condition linked to cancer and other diseases, depending on which organs the inflammation is impacting.

Glucosinolates are phytochemicals that break down into indoles, sulforaphane and other cancer-preventive substances. Indole-3-carbinol, for example, halts the cell cycle in breast cancer cells without actually killing the cells. The cell cycle is a rigidly controlled series of steps a cell must go through before it can divide in two, involving the duplication of the cell’s contents and a final split.

If you can alter specific components of the cell cycle, you can stop the growth of cancer cells without killing normal cells. Indole-3-carbinol interferes with the cell cycle in a way that turns off a gene for an enzyme important in the cell’s growth cycle.

Interestingly, different types of cabbage (red, green and Savoy) contain different patterns of glucosinolates, which suggests you should try to eat a variety of cabbage for the best health effects. The George Mateljan Foundation expanded:

” … glucosinolates are cabbage’s trump card with regard to “anti-cancer” benefits. The glucosinolates found in cabbage can be converted into isothiocyanate compounds that are cancer preventive for a variety of different cancers, including bladder cancer, breast cancer, colon cancer, and prostate cancer.”

2. Cabbage Is Rich in Vitamin K1 and B Vitamins

One serving of cabbage can provide you with 85 percent of your body’s daily requirement of vitamin K1, which deserves a special mention because many people are deficient in this vitamin. Vitamin K1 is a fat-soluble vitamin most well known for the important role it plays in blood clotting and bone metabolism, but it’s also a known Alzheimer’s disease preventive by helping to limit neuron damage in your brain.

Cabbage also contains healthy amounts of B vitamins, including folate (which is better than the synthetic form known as folic acid found in many supplements), vitamin B6, vitamin B1, and vitamin B5. B vitamins are not only important for energy, they may also slow brain shrinkage by as much as seven-fold in brain regions specifically known to be most impacted by Alzheimer’s disease.

Cabbage juice is one of the most healing nutrients for ulcer repair as it is a huge source of vitamin U (which is actually not a vitamin but an enzyme known as S methylmethionine). Research shows that vitamin U, administered as raw cabbage juice, is effective in promoting the rapid healing of peptic ulcers.

Cabbage juice is also one of the strongest stimulants for your body to produce acid. This is a good thing, as many people have low stomach acid, which is the cause of their digestive problems, and will significantly increase the risk of infection. Having a few teaspoons of cabbage juice before eating, or better yet, fermented cabbage juice from sauerkraut, will do wonders to improve your digestion. Other compounds in cabbage that also have the potential to benefit your stomach and intestinal linings include glucosinolates, anti-inflammatory isothiocyanates, antioxidant polyphenols, and the amino acid-like substance called glutamine.

The Way You Prepare Your Cabbage Matters

Cabbage is best prepared as close to raw as possible, sometimes called tender-crisp, to preserve its many nutrients. Short-cooked and raw cabbage, for instance, were the only kind that had measurable cancer-preventive benefits in one study (long-cooked cabbage did not have measurable benefits!). Microwaving is another no-no for cabbage, as just two minutes in the microwave destroys many of the enzymes needed to convert the glucosinolates into cancer-preventive compounds.

Steaming or sautéing your cabbage quickly, or eating it raw in coleslaw and salads is a better option. Cabbage can also be juiced, as mentioned, and fermented, which will provide your body with healthful amounts of beneficial bacteria and, if certain starter cultures are used, vitamin K2.

Cabbage can also be used as one of the primary vegetables for fermented vegetables. It should comprise at least 80 percent of your vegetable blend when making fermented veggies, so this is an incredibly efficient way to get more cabbage into your diet. Here’s a quick guide for how to make your own fermented cabbage (you can find more in-depth instructions here).