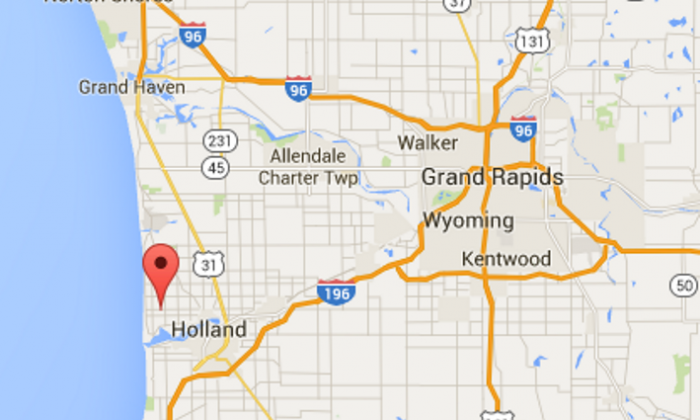 Approximate location of the car crash that killed three in Park Township, about 35 miles southwest of Grand Rapids, Mich., on Feb. 20, 2016. (Screenshot of Google Maps)
US

PARK TOWNSHIP, Mich.—A car crash in western Michigan left three generations of one family dead on Saturday including the grandmother, her daughter and 9-month-old granddaughter.

Ottawa County police confirmed the three died after the car they were traveling in collided with a pickup truck in Park Township, about 35 miles southwest of Grand Rapids, Michigan.

The grandmother, identified as Patricia Rayner, 62, and the granddaughter, Madi McMaster, died at the scene.

Police said Rayner was driving and went through a stop sign, colliding with the pickup.

The truck driver and two children with him had minor injuries.