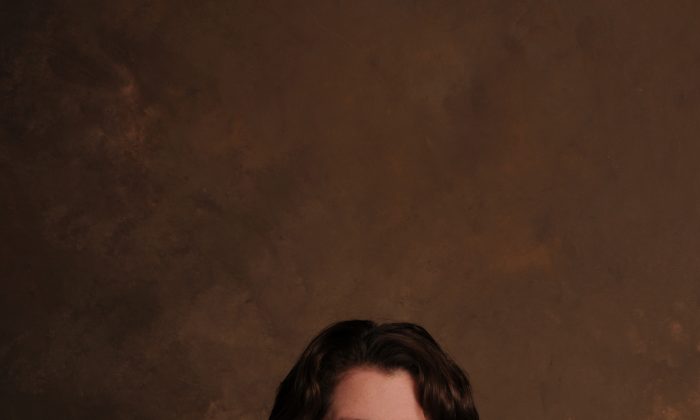 There are a couple of cool tech innovations to look out for in 2015 classrooms. But most will hold true in education in the New Year, just as it did in the old one, according to Vicki Davis, Georgia high school tech teacher and author of the ever-popular Cool Cat Teacher Blog.

With her hands-on experience, down-to-earth explanations, and insatiable appetite for balancing at the “leading bleeding edge,” Davis has become a trusted source on how to bring technology to classrooms.

She recently spoke to Epoch Times about what’s new in the 2015 school technology as well as what it means to be a 21st century teacher.

Among the top digital additions students may see this year are Chromebooks, a $200 simple laptop heavily relying on online apps, especially from Google. The gadget beat Apple iPad in 2014 school sales and is expected to sell well this year too.

Davis is a Chromebook user and acknowledges the device is sufficient for most of what schools need. Yet, if one needs hi-tech software like Photoshop, one needs to get a more serious and expensive computer.

Meanwhile, HP recently released a Chromebook competitor. Similar price tag, similar specs, but Microsoft-based— it’s the Office 365. Davis is curious about how this model will catch on.

If a student doesn’t get something, the teacher needs to know immediately.
— Vicki Davis, author, Cool Cat Teacher Blog

Regardless of which model schools use, two out of three schools lack the necessary bandwidth for digital learning, according to the Education Superhighway website.

Fortunately, Obama is boosting money for expanding school Internet (with a $2 billion public investment and up to $2 billion in private funding), which is a must if schools, especially rural, want to ever put these gadgets to proper use.

But Davis is also worried about the school tech direction, turning “computer centers into testing centers, which is a shame,” she said.

Indeed, with dozens of states expected to administer their standardized tests online this spring, parents and teachers have been complaining that the thousands of new computers schools will need may not be used for much else than testing.

One thing teachers should buy into in 2015 is formative assessment, Davis said. Formative assessment means constant feedback on what students know and don’t know. If a student doesn’t get something, the teacher needs to know immediately. There are apps out there that can help teachers gather such feedback, Davis said.

Much of what Vicki Davis talks about sounds surprisingly universal, despite her being a teacher in a small private school in a town of 5,500 (Camilla, Ga.).

And so what she sees in her classroom can be compared to what teachers across the nation go through.

One thing she learned, for example, is that teenagers have the same problems everywhere. Whether it’s the growing rates of learning disabilities, which she calls “learning differences,” or the angst and confusion of growing up. “Being a teenager is hard,” she said. “We need educators who understand that and empathize.”

She looks at technology as a tool to make teaching better, but hardly as a means to make it easier. Many think, she said, technology can replace some parts of traditional education. But she thinks we need to rethink education, taking technology into account.

You don’t have to be a rocket scientist.
— Vicki Davis, author, Cool Cat Teacher Blog

Today’s youth is used to having their world personalized, but we still approach them with the same, cookie-cutter approach. “Schools should have been changing as fast as the teenagers were. And we didn’t,” she said.

Another point Davis made was about a teacher’s power. “I believe that teachers are discouraged and that many have allowed us to lose sight of the fact that teaching is a noble calling,” she said, noting that while she loves her students, she also loves teachers.

With a national debate on how to hold teachers accountable, love for teachers sounds like a less familiar concept.

But Davis is all for accountability, if it comes with authority. She thinks, teachers are being held accountable, but don’t have the authority to pick a way to reach the results.

While increasing regulation may push mediocre teachers to be average, it hog-ties teachers aspiring to be great. “I don’t think you’re going to get great answers from the top,” she said.

She shared, for example, that her real progress on innovative ways to use technology came after a “visionary principal” cut the paperwork she had to do.

The way to go is through “great leaders,” who enable teachers to collaborate and learn. If technology can help along the way, that’s good too.

“I really just want to encourage teachers and help people see…what the 21st century actually looks like and that you can do it,” she said.

“You don’t have to be a rocket scientist.”

Correction: The article was updated to reflect that formative assessment is not necessarily computer-based.