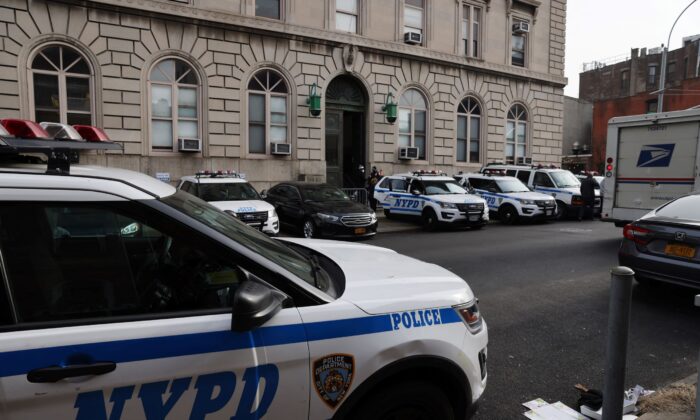 2 Die When Man Jumps Off Building, Lands on Another Man

YONKERS, N.Y.—A distraught man jumped off the roof of a New York apartment building and landed on another man 12 stories below, killing both of them, police said.

A 25-year-old man jumped from an apartment building in Yonkers on Monday evening, Yonkers police said.

He landed on the roof of a concrete parking garage and struck a 61-year-old man who happened to be there, the Yonkers Police Department wrote on Twitter. Both men were pronounced dead at the scene.

“Investigators are interviewing witnesses and family members at this time and reviewing surveillance video,” the department said. “The incident appears to be a tragic situation and the investigation is ongoing.”