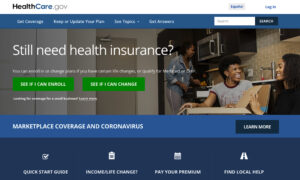 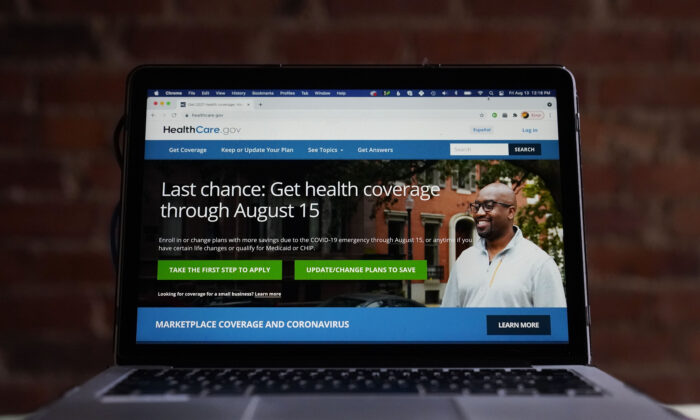 The HealthCare.gov website is photographed in Washington on Aug. 13, 2021. (Pablo Martinez Monsivais/AP Photo)
US News

Some 2.8 million people signed up for health insurance during a special enrollment period, the Biden administration announced Wednesday.

California, Connecticut, Washington, Nevada, New York, New Jersey, and Vermont are continuing special periods through the end of the year.

President Joe Biden ordered the national special period because of the COVID-19 pandemic. It lasted from Feb. 15 to Aug. 15.

The largest states saw the highest enrollment numbers, led by 542,067 Floridians and 416,987 Texans.

“These numbers are encouraging, but we have more work to do to drive down the cost of health care for all Americans,” Biden said in a statement.

“I urge Congress to act quickly to deliver for the American people—to keep up the vital work of expanding access and lowering health care costs across the board, and to continue building on the strong foundation of the Affordable Care Act,” Biden said.

But the plan to lower drug costs hit a roadblock on Wednesday when three moderate Democrats—Reps. Scott Peters (Calif.), Kurt Schrader (Ore.), and Kathleen Rice (N.Y.)—joined Republicans on the House Energy and Commerce Committee in voting against a bill backed by Biden and House Speaker Nancy Pelosi (D-Calif.).

The group, along with two other Democrats, had introduced their own bill taking aim at prescription drug costs that does not go as far as the Biden-backed one.

The bill favored by the president and Pelosi may be advanced after all because it’s being marked up in a second committee. But Democrats can only afford three defections in a full floor vote, making it uncertain that the party could pass it there.