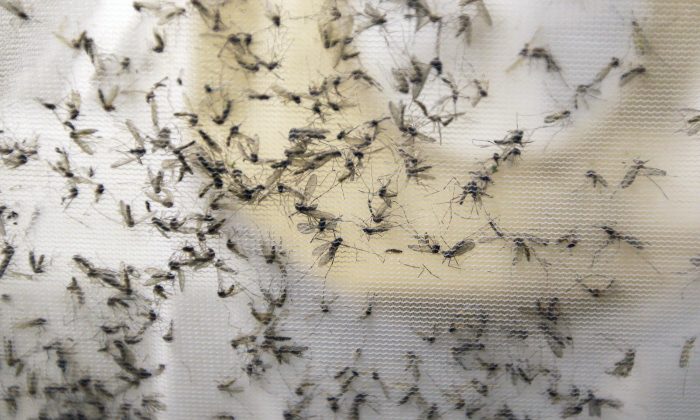 FILE - In this Thursday, Feb. 11, 2016 file photo, a trap holds mosquitos at the Dallas County Mosquito Lab in Hutchins, Texas. The trap had been set up near the location of a confirmed Zika virus infection. On Thursday, June 16, 2016, thhe Centers for Disease Control and Prevention reported that three babies with birth defects caused by Zika have been born in the U.S. Birth defects from the virus were also seen in three other pregnancies that ended. (AP Photo/LM Otero)
US

1st Death Related to Zika Virus Seen in Continental US

SALT LAKE CITY—Utah health officials say a person infected with Zika has died, and while the exact cause is unclear, it marks the first death related to the virus in the continental U.S.

Authorities said Friday that the unidentified Salt Lake County resident traveled abroad to an area with a Zika outbreak.

The Salt Lake County Health Department says the elderly person who died in late June also had another health condition. They declined to release more information.

The virus causes only a mild illness, at worst, in most people, but infection during pregnancy can lead to severe birth defects. It’s spread mainly through the bite of a tropical mosquito.

The Centers for Disease Control says no cases of locally transmitted, mosquito-borne have been reported in the continental United States.