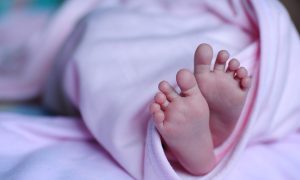 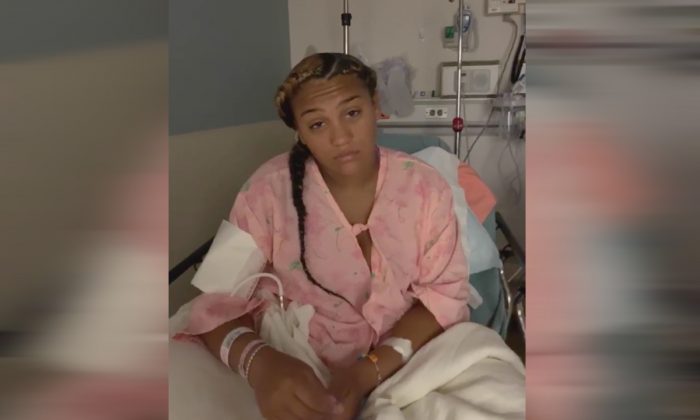 An 18-year-old Florida woman said she suffered three days of “excruciating pain” after giving birth to her daughter because doctors could not remove an epidural catheter in her back.

Selena Gray received an epidural on June 25 when she went into labor at the Sacred Heart Hospital in Pensacola. After she gave birth to baby Serenity the next day, a number of different doctors struggled to remove the epidural catheter, which her family said had formed a knot near the spinal cord in Gray’s back, reported Fox19.

“Between the 48 hours that we were there, she had five doctors come in, tugging and pulling on her back, attempting to get the epidural out and they could not get it out,” Patricia Alvarado, Gray’s mother, told the Pensacola News Journal.

“Basically, my epidural looped itself into my spine,” Gray told Fox19. “It’s in a knot in my spine, and they’ve been trying to tug at it and tug at it. I haven’t been able to get up or move or do anything.”

Gray said she couldn’t enjoy the first few days with her first child because the pain was so excruciating that she couldn’t walk and needed help getting to the bathroom, reported Fox19.

Alvarado said that when the sixth doctor told them that he has to “yank it out,” they decided to go to another hospital, the Pensacola News Journal reported.

Gray and her baby were taken via ambulance to Baptist Hospital where the new mom said doctors there were reluctant to even touch her back.

“They just keep telling me, ‘In all my years, I haven’t seen anything like this.’ So basically, they’re just as shocked as I am,” Gray told Fox19.

A doctor at Baptist Hospital suggested Gray go to another hospital to remove the epidural.

“The head anesthesiologist at Baptist knew someone at (UF Health Shands Cancer Hospital) in Gainesville who said, ‘Send her to us, we can handle it,'” Alvarado told the Pensacola News Journal.

Gray traveled six hours in an ambulance to Shands Hospital for an emergency procedure in Gainesville.

Doctors there finally removed the epidural catheter from her back on June 28, Gray wrote in a Facebook post.

“They had to make an incision leaving me with stitches but I’m on the road to recovery,” she wrote in the post.

Alvarado said that the whole ordeal has affected baby Serenity as well.

“She had the plan to breastfeed but toward the end (of the epidural removal) she had to have narcotics, so she can’t even breastfeed now,” Alvarado said. “It’s just heartbreaking. It makes me want to cry.”

Gray said she does not feel resentful toward the doctors that tried to treat her but is frustrated with how the situation unfolded.

“They didn’t do their job properly,” Gray told the paper. “Just towards the doctors that did put the epidural in my back and didn’t really know what they were doing, I am a little upset with them, but you just forgive and move on, really.”

The new mom said that she is using a walker to move around and is still having muscle spasms.

“It’s been crazy ’cause I still have a burning sensation in my hip and leg,” she said.

“I’m kind of moving around on the walker a little bit but I’m having a lot of muscle spasms. Basically, day by day I’m trying to take it slow, ’cause every morning I wake up I just start right back over with the pain.”

The young mother told The Epoch Times in a Facebook message on July 2 that she is recovering. “I’m doing okay,” she said. “I’m still in pain but I just take it easy every day.”