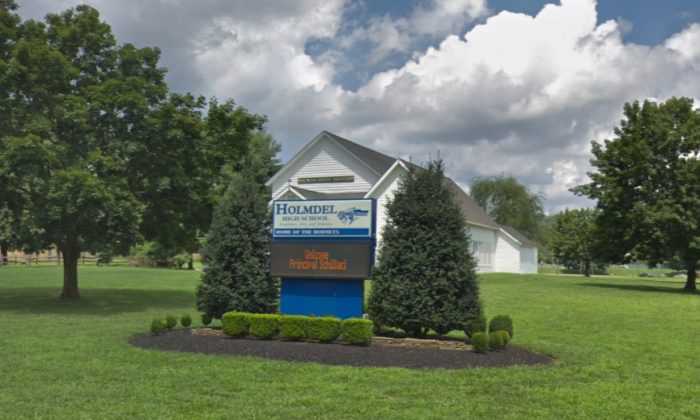 A high school student claimed that he was rejected from the National Honor Society because he supports President Trump.

Boris Kizenko is 16-years-old and has a 4.0 grade point average. He told NJ 101.5 that he is a former class president and has done the required community service to qualify for the National Honor Society at Holmdel High School in New Jersey.

While managing his class’s Instagram page, he posted inspirational quotes from various personalities and historical figures. But after he posted a quote from President Trump, “If you’re going to be thinking anything, you might as well think big,” the backlash from the school was fierce.

“Posting things that don’t represent the class of 2020”. If this doesn’t, then what does?

“I would post motivational quotes every day, from Marcus Aurelius to Yoda to Drake. Trump is our president, so I felt there should be no problem quoting him as well,” Kizenko told the radio station. “They took the post down and took away all my social media authority as president. [They] demanded my password …

“They told me that I was being a ‘monarch’ in the Student Council and said that doesn’t represent the ideals of the class,” Kizenko added.

A Holmdel High School student tells Bill he was denied membership to the National Honor Society because of his support for President Trump.

Kizenko also used a slogan in his class president reelection campaign that school administrators took issue with, although he said most students didn’t mind. He borrowed and personalized the presidential slogan and formulated, “Make Holmdel Great Again.” The school referred to the shirts as “propaganda” and used the issue to exclude him from the honor society.

In another instance, during his time as class president, he had the idea to host a paintball fundraiser for the school. His class advisor rejected the idea, so he asked the school principal. He said that doing so, combined with the shirts and the Trump quote, led the school to reject his application from the honor society on the grounds of a “character issue,” he told NJ 101.5.

When he tried to appeal the decision, he was not told who the decision makers were, and he ultimately did not get a chance to appeal before the induction ceremony, he told NJ 101.5.

Thank you @PeteHegseth and Emily and Ed for letting me on FOX and Friends! I’m glad we had the opportunity to shed light…

When Kizenko first received the honor society rejection letter, he initially did not know what to think.

“I get this letter at home one day that I was not accepted because of character reasons, that I didn’t meet their character and leadership standards. And I didn’t understand.

“I felt bad at first, like I did something wrong,” Kizenko told Chasing News. “But soon I realized it was because they don’t like my politics and there have been issues all throughout high school so far, with politics …”

“I have a feeling that they were just collecting a lot of the times where I was speaking out about my politics and they hit it with me when they denied me NHS,” Kizenko added.

Panel members on the show commented on the issue.

“I remember a time in our nation’s history, when it was okay to respect our president, Bill, and that doesn’t seem to be the case here, which is really unfortunate,” said Republican strategist Jeanette Hoffman.

“The politics of the school system are some of the most disgusting politics that you see. Unfortunately kids aren’t immune to this,” said Caruso. “His support for whomever he believes in in his political world, provided that he is doing it in a respectful manner and abiding by the rules of the school, should have no bearing on anything that is going on with him professionally.”