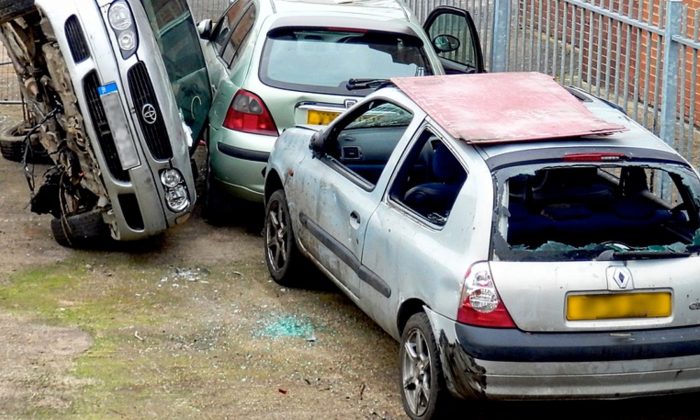 A file image of a car crash.(Quicksandala/Pixabay)
US News

GORMAN, California—Authorities say several crashes involving about 50 vehicles on Interstate 5 north of Los Angeles have sent 12 people to the hospital.

The Grapevine section of the interstate was closed as emergency crews responded to the accidents Saturday afternoon, March 23.

Los Angeles County Fire Capt. Ron Haralson said a dozen people were transported to the hospital. One was in critical condition, four others sustained minor injuries and seven more had minor injuries. The injured included a 21-month-old child and a horse in trailer that was rear-ended.

The Grapevine carries traffic over mountains between greater Los Angeles and the San Joaquin Valley. The wrecks caused traffic on northbound and southbound lanes to back up for miles.

On Feb. 25 in southern Ontario, a similar accident happened on a major highway.

Local fire officials say several people with minor injuries have been treated after a crash on Highway 400 near Barrie, Ont., which they say involved between 50 and 70 vehicles.

Barrie Fire Public Information Officer, Samantha Hoffman says the collision occurred around 10 a.m. on the southbound lanes of the highway.

Schmidt had posted several videos of the scene online that show dozens of vehicles smashed together, including several transport trucks and one fuel tanker, with numerous cars also in the ditch.

Schmidt said there are upwards of 30 vehicles involved in the crash.