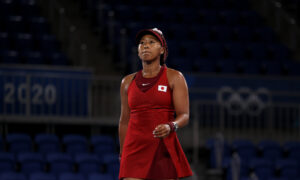 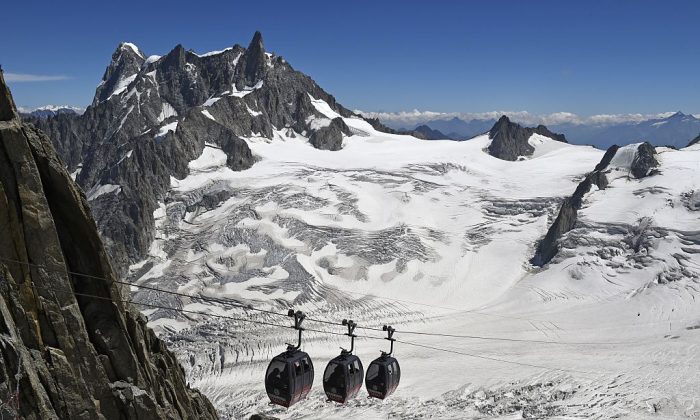 Panoramic Mont-Blanc cable car linking the Aiguille du Midi peak to the Helbronner peak in Italy, above the seracs and crevasses of the Glacier des Géants on August 5, 2015. (Glacier of the Giants). (PHILIPPE DESMAZES/AFP/Getty Images)
International

110 People Stuck in Cable Cars at Mont Blanc in Alps

PARIS—French officials say that 110 people are stuck on a series of cable cars over the Mont Blanc massif in the Alps.

Chamonix Mayor Eric Fournier said Thursday that “the people stuck are being evacuated by helicopter” and added that “there’s nothing fundamentally to fear.”

Fournier, who spoke to BFM-TV, said that Italian authorities were helping with the rescue.

It’s not clear what caused the cable cars to stop—or if there was an electricity outage.

A local police official, who spoke on condition of anonymity, said that the 110 people trapped were in the Vallee Blanche Cable Car that rises to an altitude of 3,778 meters (12,395 feet).

It connects the famed Aiguille du Midi peak to the Pointe Helbronner and takes 30 minutes.