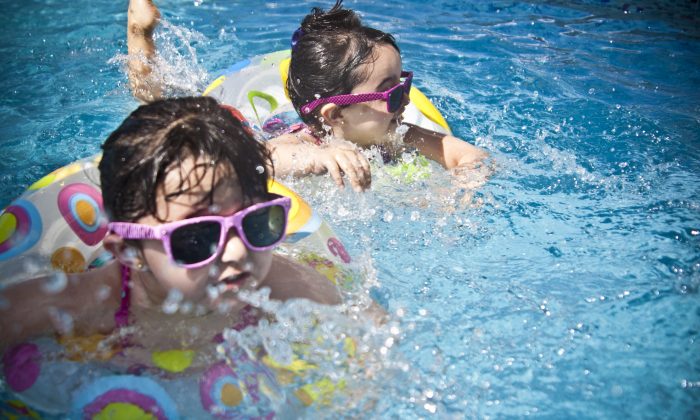 Marketers and industry professionals like to tell us that advancements in the world of chemistry have made our lives easier and healthier, but there’s much evidence to the contrary. In fact, there is growing evidence that many of these chemicals have neurotoxic properties and may even be related to neurobehavioral developmental problems such as attention deficit hyperactivity disorder (ADHD) and autism, among others, including several types of cancers.

Children are especially vulnerable to the effects of such chemicals, most specifically in utero and during infancy and early childhood.

The number of cases of ADHD and autism have exploded over the past few decades. In fact, the most recent (2014) prevalence data on autism from the Centers for Disease Control and Prevention (CDC) notes that 1 in 68 children aged 8 years (compared with 2012 data of 1 in 88 children) have autism spectrum disorder. The CDC also reports a steady increase in the number of diagnosed cases of ADHD between 2003 and 2011 (from 7.8% to 11.0%).

What’s behind the increasing numbers of children with ADHD and autism? Although there are no definitive answers, experts generally agree it’s a combination of genetic, environmental, and diagnostic factors (i.e., a broadening of the diagnostic criteria for these conditions).

In a recent Lancet Neurology report, a team of researchers at Harvard School of Public Health and New York’s Mount Sinai discussed the role of chemicals in causing these neurodevelopmental disabilities. They identified eleven substances known to have neurotoxic impacts and said “that even more neurotoxicants remain undiscovered.”

Children are especially vulnerable to the effects of such chemicals, most specifically in utero and during infancy and early childhood. The study’s authors explain that “During these sensitive life stages, chemicals can cause permanent brain injury at low levels of exposure that would have little or no adverse effect in an adult.” What are some of the chemicals believed to be associated with the signs and symptoms of ADHD and autism?

Exposure to airborne arsenic has been associated with an increased risk of autism. In a 2015 report in The Science of the Total Environment, researchers looked at prenatal and perinatal exposures to air pollutants (ie, arsenic, lead, mercury) and autism spectrum disorder prevalence. They found that autism prevalence was higher in areas closest to the offending industries than those furthest away. In another study, an international team looked at urinary arsenic levels in 261 children who lived in a high industrial and mining area. They found that urinary arsenic levels “were associated with impaired attention/cognitive function, even at levels considered safe.”

The pesticides chlorpyrifos and DDT (dichlorodiphenyltrichloroethane)have been linked to brain abnormalities and neurodevelopmental problems, including ADHD and learning disabilities, according to the authors of the Lancet Neurology report. Even though these pesticides have been banned in the United States and many other countries, they still persist in the environment and are used in some developing nations. The main source of exposure is fruits and vegetables.

The addition of fluoride to drinking water is controversial for a number of reasons, not least of which is its possible association with neurodevelopmental problems. Fluoride is an excitotoxin, a substance that can bind to certain glutamate receptors and cause nerve cell death. Research suggests that neurotoxins such as fluoride (and lead) can cause biochemical changes in the developing brain such as those seen in autism.

Extensive research has been done on the health impact of lead exposure, especially in children. Although the US Environmental Protection Agency has a number of regulations concerning lead, including one that banned its use in paints since 1978, lead can still be found in the environment and everyday items. Children can be exposed to pre-1978 paints or items made overseas that contain lead. The heavy metal is still found in drinking water (either naturally or from plumbing pipes) and soil. In addition to low IQ levels, lead exposure has been linked to attention and behavioral problems, aggressiveness, hearing difficulties, irritability, reduced sensations, and loss of acquired developmental skills.

In a recent study appearing in the International Journal of Hygiene and Environmental Health, experts looked at the blood levels of lead and other contaminants in pregnant mothers. They found ADHD-related behavior rose as exposure to lead increased.

Several studies show that exposure to the mineral manganese can have an adverse effect on children. For example, manganese in drinking water was associated with poorer achievement in math in school children, while high concentrations of the mineral in children’s hair samples correlated with hyperactivity. Children exposed to airborne manganese have demonstrated reduced intellectual abilities and impaired motor skills. A review in the International Journal of Occupational Medicine and Environmental Health (2013) noted two studies found exposure to manganese to be related to ADHD.

Methylmercury is an organic form of mercury that is found primarily in fish and shellfish. The Environmental Protection Agency explains that the primary health impact of methylmercury among fetuses, infants, and children is impaired neurological development, including problems with memory, fine motor skills, attention, language, cognitive thinking, and visual spatial skills. This damage can begin in the womb, when pregnant women consume fish and shellfish that contain methylmercury.

Polybrominated diphenyl ethers (PBDEs) are better known as flame retardants. They are used in products ranging from electronics to furniture, building materials, motor vehicles, clothing, plastics, and polyurethane foams. People are exposed to PBDEs from these items as well as in some foods and through inhalation. PBDEs can accumulate in breast milk, fatty tissue, and blood. Research indicates that PBDEs are associated with infertility, hormone disruption (e.g., estrogen, thyroid hormones) and developmental problems in children.

A recent (August 2015) study from the University of California, Berkeley, for example, measured PBDEs in prenatal and children (age 9) and discovered “consistent associations of prenatal exposure to PBDEs with poorer attention and executive function.” The authors concluded that their findings “add to a growing literature showing that these ubiquitous toxicants may adversely affect neurodevelopment.” Several states, including California, Maine, and Washington, have banned the use of PBDEs, as has the European Union (limited ban).

Despite a ban on polychlorinated biphenyls (PCBs) by the United States Congress in 1978, this carcinogenic substance remains in the air, soil, and water, much of it due to improper disposal in landfills and incineration. That means it can continue to contaminate our food and water supplies, including breast milk. Exposure to PCBs have been associated with reduced cognitive function in infants and children.

In fact, a recent (2013) report in the International Journal of Occupational Medicine and Environmental Health reviewed the evidence on the impact of prenatal and postnatal exposure to PCBs and other substances (e.g., manganese, mercury, lead) on ADHD in children. The authors reported that exposures to PCBs “were associated with ADHD-like behaviors such as alertness, quality of alert response, and cost of attention.”

This solvent is found in common items ranging from glue (which children use) to paints, adhesives, nail polish, automobile emissions, synthetic fragrances, and cigarette smoke. According to the authors of the recent Lancet Neurology report, “maternal exposure [to toluene] has been linked to brain development problems and attention deficit in the child, according to the EPA and OSHA.”

It isn’t always possible to avoid exposure to these toxins in our environment, but knowing which ones pose a health hazard may help alleviate their impact. Parents, researchers, and other concerned individuals need to be persistent in convincing industry leaders and government officials to take the proper steps to eliminate these toxins.

Are We Eating Too Much Arsenic? We Need Better Tests to Know