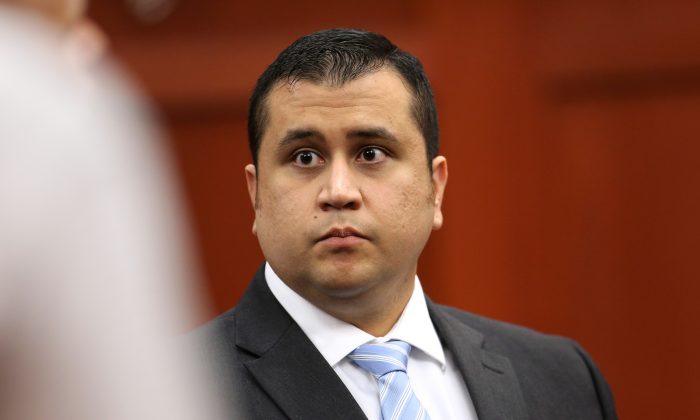 George Zimmerman leaves court at the end of his 16th day of his trial in Seminole circuit court, July 1, 2013 in Sanford, Florida. (Joe Burbank-Pool/Getty Images)
Crime and Incidents

Zimmerman Sells Gun for $150,000—Then Gets Better Offer

George Zimmerman is looking into a second, higher offer for the gun he used to kill Travyon Martin—even though a Daytona Beach bar owner claims the deal was sealed with him for $150,000.

Denny Honeycutt had agreed to purchase the gun for $150,000 when, at the last minute, a woman offered $250,000 for the black Kel-Tec PF-9 9mm gun, which she said was for her son’s birthday party, according to the Daytona Beach Journal.

The online auction had a couple of false starts before the gun was sold. Zimmerman first posted it to an auction site that delisted it, wanting nothing to do with it.

Zimmerman then listed it on the United Gun Group site, but the bidding was trolled, most notably by bidder “Racist McShootface,” who drove the price up to $65 million. Zimmerman took that auction down and restarted a different one.

The bar owner, Honeycutt, thought he had already reached an agreement with Zimmerman, and there was an arrangement set up for Zimmerman to deliver the gun to Honeycutt’s home in a gated community.

Honeycutt told the Daytona Beach Journal that he wanted the gun because it was a part of Florida’s history.

Zimmerman was acquitted of a second-degree murder charge for the shooting of Travyon Martin in 2013, and of civil-rights violation charges in 2015. His trial and subsequent acquittal had been a nationwide sensation.

It’s unconfirmed whether that deal between Zimmerman and the woman has been finalized, as his lawyers were verifying the woman’s assets, and Honeycutt could still become the owner of the gun if that deal falls through.

Honeycutt said he’s not too happy with what happened, and if Zimmerman comes back to him, they’ll have to renegotiate the deal.

“I thought he was a man of his word,” Honeycutt said.