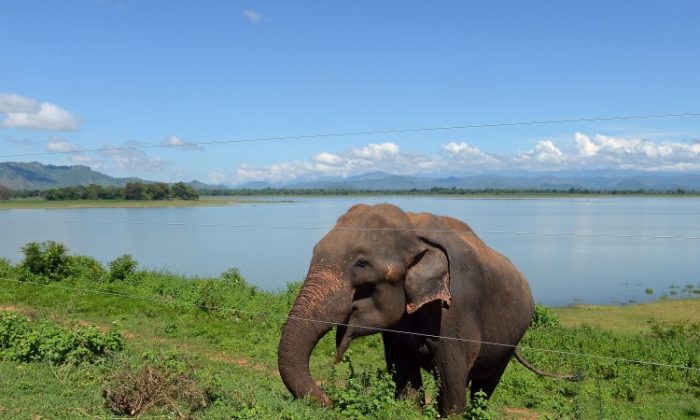 Zimbabwe’s elephants are being poisoned en masse, according to recent reports. At least 300 elephants have been poisoned in a Zimbabwe park in recent months, one official said.

“In July, around 300 elephants had died from cyanide poisoning in Hwange and were discovered by a group of hunters who flew over the area,” Johnny Rodrigues, the head of of the Zimbabwe Conservation Task Force, told the AFP news agency.

Other animals including lions, painted dogs, and hyenas have also been killed by the poison. The poachers were using cyanide.

He added, “The authorities only stepped in in September and by then the numbers had escalated. As at last week, about 325 had died altogether.”

Last week, Zimbabwe officials told The Associated Press that more than 100 have been killed. Four poachers were imprisoned.

Rodrigues, however, claims that there is a “big cover-up is going on” among officials in the African nation.

“Those who have been arrested and convicted are the small fry who are being used as scapegoats while the big and dangerous fish are untouched. These include politicians and big business people,” he added.

The Daily Telegraph reported that the poisoning was first reported by a European hunter who chose to remain anonymous.

“We couldn’t believe our eyes,” another hunter told The Telegraph. “We thought at first that they must have been shot. There were too many to have died of thirst or hunger.”

“Some of them are said to have actually supplied cyanide to runners who in turn gave it to villagers to poison water sources,” one source told the station.