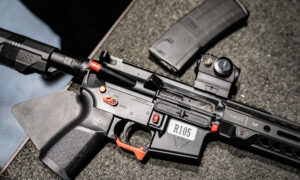 Zachary Reyna, 12, lost the battle against a rare infection by a brain-attacking amoeba on Saturday. Reyna held on for longer than most, as the primary amebic meningoencephalitis (PAM) usually kills in a matter of days.

Reyna was knee-boarding in a fresh-water ditch near his Florida home August 3 when he contracted the infection. PAM lives in water and attacks through the sinuses, so infections occur during water sports or other activities that may cause large amounts of water to enter the nose.

Only three people in North America have survived PAM out of 128 who have contracted it since 1962, reports the Centers for Disease Control and Prevention (CDC).

On a Facebook page dedicated to Reyna, titled Pray4Number4,  Courtney Snell Doss was among many supporters to leave messages of encouragement for the boy’s family. Doss wrote: “I have been praying for y’all and following your story from Texas. I also have a 12 year old baseball player, and there are just no words. I will continue to pray for you, and ask for peace to come to your family.”

The Reyna family posted a message on August 24 to announce the boy’s passing, having held out for a miracle even after the doctors had declared him brain dead:

The family said that Zac had “left it all on the field” and that “he did so well that he’ll be the starting 2nd baseman for The Lords team.”

“I sit back and ask myself, what would make me prouder; my son playing pro ball, being a successful business man or being known for changing and saving thousands of lives for The Lord. It’s a no brainer,” the message continued. “I hope that Zac continues to touch people and his time here is remembered forever. We thank everyone for being so caring and I know it’s going to be tough on us at first, but we have an awesome support team back home and we are grateful for that. The battle is over for Zac but he won the war.”

The family also said that Zac’s organs are still strong so they will donate the organs to others in need.

As an indication of how many people have been following the story, the post had 1,655 shares and 6,475 likes.