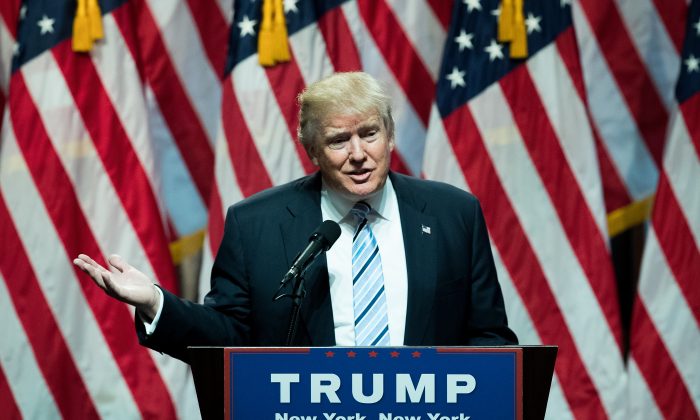 What do Brexit and the U.S. elections have in common? Primarily, they pit angry populists against the political establishment.

It should be very clear by now that anti-elitist movements are unwelcome by financial markets that are dominated by business elites. But developments here are yet another “unthinkable” in a growing list since 2008.

Who knew that presumptive Republican presidential nominee Donald Trump would make it so far? And what implications would a Trump presidency have on global markets?

We see four big ones.

First, and most clearly, Trump’s policies will significantly reduce taxes and increase spending on military and infrastructure. Early estimates predict $10 trillion in higher debt and deficits. Over the short term, this would boost corporate profits (given the current period of low corporate investment along with a current account deficit).

Second, and offsetting the first, would be a likely damage to business confidence (surely the quickest way to short circuit growth). Here, any number of Trump’s policies (take your pick: torture; abrogation of trade treaties; censorship; a tariff war with China; etc.) could create a confusing business environment and slow a still-fragile U.S. economy.

Finally, and perhaps most importantly, Mr. Trump’s nationalism is highly dangerous. Trump not only advocates America retreating behind a wall, but he also threatens to shelve trade agreements like the Trans-Pacific Partnership.

In a globalized world defined by a move toward closer interconnectedness, the “biggest loser” would undoubtedly be the U.S. Consider China’s longer-running ambitions to establish Beijing at the center of a new Asian imperial domain. A Trump presidency would allow China to send a message to every Asian country: “Do you want to be with us or with the United States, who is openly against you?” No doubt, President Xi Jinping is rooting for a Trump win in November.

In general, presidential cycles are very weak actionable trends (and have been overstated in terms of their predictive ability for market returns). Additionally, the U.S. political system is designed in such a way that the president (especially with no congressional support) can’t exert too much power at any given time.

Still, a Trump presidency would be a different regime and a significant macro risk factor (just as the rise of nationalism and protectionism in the 1930s proved to be more destructive than the immediate effects of the 1929 stock market crash).

If Trump wins, expect a weakening U.S. dollar, along with broad World ex-U.S. outperformance. Asia, in particular, stands to benefit most as intra-regional trade would increase and boost corporate profits.

Courtesy Fundata Canada Inc. © 2016. Tyler Mordy, CFA, is President and Co-CIO of Forstrong Global Asset Management Inc. Securities mentioned are not guaranteed and carry risk of loss. This article is not intended as personalized investment advice.