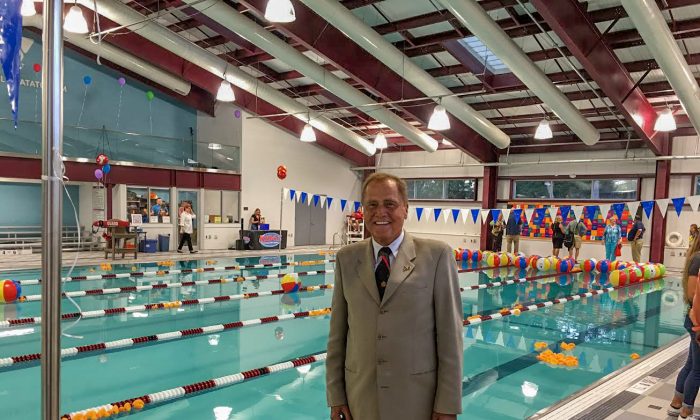 Senator John Bonacic at the ribbon cutting ceremony for the new YMCA of Middletown pool in Middletown on Sept. 15, 2016. (Courtesy of the Office of John J. Bonacic)
New York

The YMCA of Middletown held a ribbon cutting ceremony for its newly rebuilt six-lane, 25-yard pool on Sept. 14.

The new pool cost $2.5 million and construction started in November of 2015. Funding came from the YMCA’s crowdfunding “Save the Last Lap” campaign and donations from local benefactors.

According to the Save the Last Lap website, the pool was originally built in 1954 and was in need of an extensive overhaul. The pool’s redesign had a new depth configuration, an expanded shallow end, and additional lanes for lap swimming.

The YMCA of Middletown is located at 81 Highland Ave.