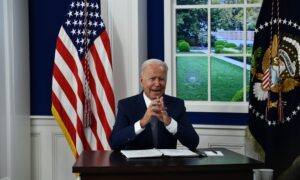 An eruption of the Yellowstone National Park supervolcano could last for over a year.

The park sits on top of the world’s largest active volcano, which erupted around 640,000 years ago and sent ash across most of North America.

The two other recorded eruptions are 1.3 million and 2.1 million years ago.

While discussing the effects of an eruption, supervolcano scientist Bob Smith told NBC that an eruption could last for a long time.

“These giant eruptions in Yellowstone – the supervolcano, if you wish — probably last many, many months, maybe even years,” Smith said.

The story also discussed news that is actually six months old–that Smith and other scientists discovered that the magma pool underneath the volcano is about 2.5 times larger than previously thought.

This map from the U.S. Geological Service shows the range of the volcanic ash that was deposited after the biggest of the Yellowstone National Park eruptions around 2.1 million years ago. “These eruptions left behind huge volcanic depressions called “calderas” and spread volcanic ash over large parts of North America,” it said. “If another large caldera-forming eruption were to occur at Yellowstone, its effects would be worldwide. Thick ash deposits would bury vast areas of the United States, and injection of huge volumes of volcanic gases into the atmosphere could drastically affect global climate.”

They found that the cavern stretches for more than 55 miles. “We’ve been working there for a long time, and we’ve always thought it would be bigger… but this finding is astounding,” Smith, who is a professor at the University of Utah, told BBC at the time.

The team used a network of seismometers to map the gigantic chamber.

“We record earthquakes in and around Yellowstone, and we measure the seismic waves as they travel through the ground,” said Dr. Jamie Farrell, also of the University of Utah.

“The waves travel slower through hot and partially molten material… with this, we can measure what’s beneath.”

One theory is that eruptions happen every 700,000 years ago, but Smith said more data is needed to back that theory up.

“If we were to have another big eruption, it would affect a large area, on the order of several states,” Smith said. “But, as I said, that probability is very, very, very, very small. In my calculations, it’s .0001 percent.”