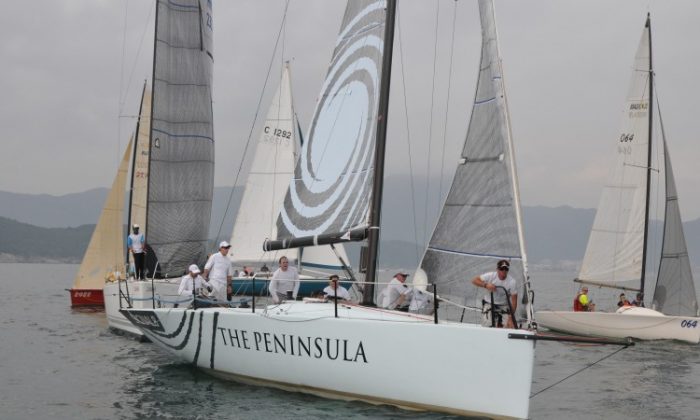 Yachting: Hong Kong Yachting Series Goes Down To The Wire

The excitement and intrigue continued right up to the end of the final race in the Hebe Haven Yacht Club (HHYC) Winter Saturday series.

In the IRC category Peninsula Signal 8 made it a clean sweep in Races 7 and 8 to snatch the title away from Vixen who had been leading for most of the 4-Day 8-Race series.

Meanwhile, in the HKPN Class Ichiban also produced spectacular results in the last two races of the series to finish victorious over Kyte.

Conditions for the Day 4’s last two races in the series were not ideal with winds of only two or three knots which reduced even further in the last race which was run over a shortened course.

Peninsula Signal 8 continued her imperious form outperforming the other boats even under the light wind conditions completing the course for Race 7 some seven minutes ahead of Stella, the second boat over the line. On corrected time Signal 8 was first, Vixen second and new addition Mojito third.

In the shortened final race the boats finished in the same order giving the overall series victory to Peninsula Signal 8 with Vixen coming in a very close second and Stingray in third.

“We had a great day today, we were very focused. All of the crew sailed so well it was one of those days where it seems that not a lot is happening, but it can go wrong so easily.

“But the guys did a great job it was fantastic.

“We were delighted that they ran two races today. It would have been easy for them not to have run two races. But it was a really good decision to shorten the race. I don’t think we would have got round a second time,” he continued.

He praised the Vixen team.

“The guys in Vixen sailed very well today and we were happy to just cling on ahead of them. We owe them a lot of time, but when it is very light or very windy I think our handicap is in our favour. It’s when it [the wind] is in the middle between 12 and 15 knots that’s when we struggle,” he added.

Explaining why they did not race on Race Day 2 he explained: “RHKYC [Royal Hong Kong Yacht Club] had a day for the Juniors and Big Boat owners take the Juniors out on their boats. So instead of just sailing dinghies they get a different experience”

In the final two races, Ichiban enjoyed the light sailing conditions too. She won both races on corrected time.

Meanwhile, Bits & Pieces sailing with a full complement of eight-crew took line honours in both of the final races. She did amazingly well in the final race—having false-started and having to re-cross the start line, she then proceeded to finish the race some seven minutes ahead of Ichiban.

Ichiban however was the winner on corrected time and had done sufficient to complete the series equal on points (13) with Kyte and secured the series title on count-back.

Simon Jones skipper of Ichiban was delighted with their achievement.

“We came back from no-where,” he told The Epoch Times.

“I put it down to my crew, it’s the team, it is all about pulling together, and you know the shortest distance between two points is a straight line.

“A lot of people on the course did not remember that today. I think they were all going out into the side winds and we decided to go straight down the course and try our luck and we got away with it, so a little bit of luck,” he concluded

This Winter Saturday series was the first trial of running combined race days for HHYC and RHKYC events run and organised by HHYC, but with boats sailing under their own clubs’ Race Instructions.

The finer workings of the system were still being debated and agreed during the series right up to Dec 15—the last day of racing.

These discussions resulted in boats taking part in the RHKYC events being excluded from the Hebe Have Winter Saturday Series results for days designated as RHKYC days (Dec 1 for SMS boats and Dec 15 for Dragon boats).

For Dragons that was not a problem as they only came on that particular day and raced in their own class. But, for SMS boats—that quite often compete in HHYC race events—it presented a difficulty as their results were excluded from the Winter Saturday Series when racing in RHKYC designated race days.