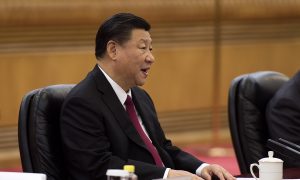 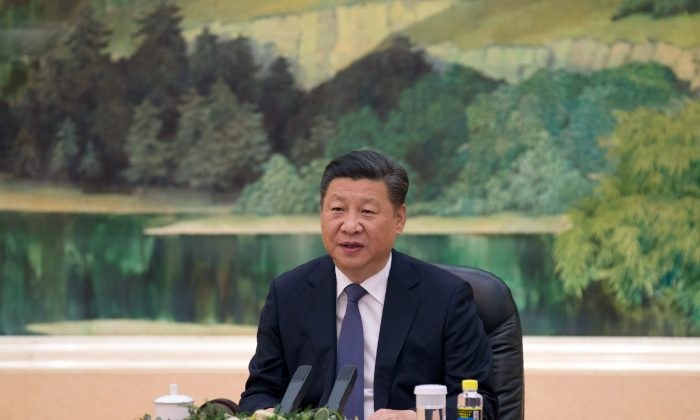 Chinese leader Xi Jinping at the Great Hall of the People in Beijing on July 28. (Andy Wong/AFP/GETTY IMAGES)
Thinking About China

Xi Jinping and the Paradox Of Power

At the moment, Xi Jinping’s rule over China is as absolute as any ruler’s since perhaps Stalin wielded his iron grip over Russia and the Soviet Union. That’s no accident. Xi’s ascent to power has been marked by his enemies underestimating him, his cunning political skills, a readiness to bend or break the rules and a fearless brutality against whomever might stand in his way.

But how long will Xi be able to hold onto power?

The Ghost of Mao

Since taking power in 2012, Xi has taken every step possible to solidify his position as the supreme authority in China. One of his first actions was to dismantle the collective, consensus-based process for the succession of power so carefully put in place by Deng Xiaoping and his old school Party colleagues. Their intent for establishing a slow and conservative process to transfer power was to prevent a repeat of the disastrous decades China suffered through under the one-man rule of Chairman Mao Zedong.

And, like Mao and Stalin, Xi has removed competitors and critics through launching political purges under the shameless guise “anti-corruption” campaigns. Eliminated in Xi’s wide-reaching political power grab were some of the most powerful men in China. Those included the former security czar Zhou Yongkang and the flamboyant Politburo member and one-time potential Party leader Bo Xilai, among Xi’s over 1.4 million other political prisoners. Both former officials are now living in Quincheng prison, the so-called “tigers cage,” a detention facility outside of Beijing for China’s elite political figures.

Not that many of these prisoners are innocent. Bo Xilai, for example, was rightly convicted of corruption, embezzlement and abuse of power. He was also intimately involved in forced organ harvesting by murdering members of the Falun Gong faith.

The rich irony, of course, is that Xi Jinping himself was living in a cave at 20 and now enjoys a personal net worth of over $1.5 billion, somehow accruing such wealth on a Party member’s salary.

Today, with the vast array of surveillance at his command, including his new Social Credit System, it appears that Xi is untouchable. After all, his police state makes spies of everyone, rewarding people for turning in Christians, Falun Gong practitioners, Muslims and anyone who might utter a critical word of the Party or even their current financial circumstances.

The system has instilled fear and terror in the populace, as those with a low “credit score” suddenly become social pariahs or even simply disappear from life. Stephen Mosher of the New York Post describes Xi’s China in chilling terms:

Xi’s ability to control his 1.4 billion subjects, identify potential trouble makers, arrest them, punish them and put them away if necessary is as efficient as possible. But abroad, his arrogant pronouncements and celebration of China’s rise at the expense of other nations’ jobs and technology base, particularly in the West, has led to a reversal in how China is regarded. He’s turned it into the dragon of the world, rather than the panda.

What could possibly go wrong?

The workers are the backbone of support for the Chinese Communist Party (CCP); losing that support is a major red flag for Xi and the CCP. But with China’s economy struggling in the face high American tariffs, the banning of tech giant Huawei and factories leaving China for Vietnam and other cheaper locations, the economy is taking one hit after another. Strikes and other incidents of dissent are on the rise.

In response, Xi has imposed harsh loyalty demands upon Party members and tasked them with “taking responsibility” for the hardships and unrest that comes with it. “Responsibility” includes censoring and stifling the growing dissent among workers that is simmering across China due to falling and even unpaid wages, poor working conditions and closing factories.

Stifling voices of dissent, however, doesn’t make the underlying problem go away. Nor does Xi’s nationalist propaganda for people to tighten their belts and weather the storm. The times are rough for workers. According to Hong Kong-based China Labor Board (CLB), which tracks strikes and protests in China, in 2018, labor incidents increased by 36 percent over 2017.

But even that is probably only a fraction of the real number. According to the CLB, the real figure is likely 10-20 times higher. And The South China Morning Post, quoting a spokesman for the state-run All-China Federation of Trade Unions (ACFTU), which is tasked with suppressing strikes, reports an average of about “400,000 labor disputes every year.”

But the workers aren’t the only ones in China who are chafing at Xi’s rule—the upper and middle classes are, too. Well off and middle-class folks are fearful of the future.

In fact, with the economic slowdown, many are now living paycheck-to-paycheck. Others are taking drastic steps to preserve their capital, moving their money outside of China if they can. Some are buying gold bars in Hong Kong and storing them in banks there, others are diversifying into other currencies, such as American and Australian dollars. Trust in the CCP’s ability to steer the economy is failing.

Xi’s hardline personality, power politics and inability to stop China’s economic contraction has splintered his support within the Party as well. Since 2015, Xi has banned CCP members from golfing, going to clubs and meeting in private. Criticizing the Party or its policies has also been outlawed.

To make matters worse, his pet projects, the One Belt, One Road (OBOR, also known as Belt and Road) initiative and the Made In China 2025 programs are experiencing financial setbacks and political reversals in the countries China needs most due to resentment of China’s extremely adversarial trading posture and debt traps. These signature programs are both likely to fall well short of their expectations, if not become outright failures like Mao’s failed 5-year plans in the 1950s.

Trust in, or among, even longtime Party members is gone, having been replaced with a sense of paranoia, especially in the current economic climate. Loyalty has become a mask that every Party member puts on every day. But masked loyalty can’t fix problems when no criticism or even suggestions are allowed or tolerated.

The Paradox of Absolute Power

Yet Xi hasn’t effectively addressed these huge problems because he can’t. Ratcheting up control doesn’t drive economic performance, it strangles it. His preferred response of tightening his grip on power, surveillance and oppression, even as the economy and the social fabric continues to meltdown, only results in problems and tensions worsening rather than being addressed and mitigated.

But politically, he cannot afford to admit this reality. The memory of Gorbachev’s Glasnost and the collapse of the Soviet Union hangs over Xi like a specter. He fears that any moderation or openness would not only shatter his political image, but also result in losing his grip on power and the demise of the CCP. And he’s right.

That’s the paradox of absolute power. It does not equate to economic performance forever; it has a shelf life, after which, rot sets in. Rather than solving economic problems and lowering political and social tensions, it accelerates them. As Xi is now finding out, it’s one thing to become a king and quite another to rule wisely.