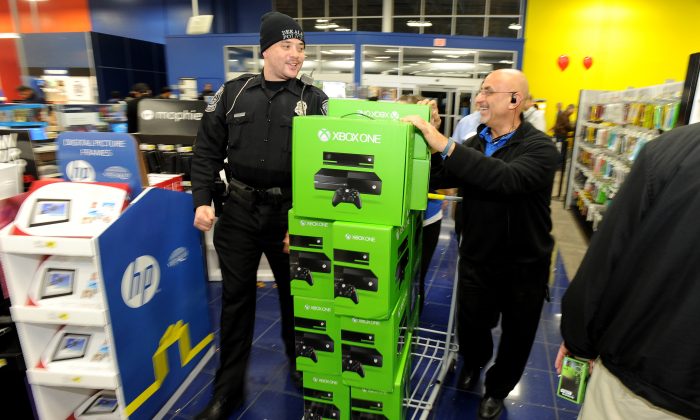 Xbox vs PS4: Microsoft and Sony Can’t (Or Won’t?) Keep Up With Demand

The Xbox One and Playstation 4–the latest generation gaming consoles–are in high demand, and Microsoft and Sony–the companies that make them–can’t, or won’t, keep up with the demand.

It’s Christmas now and everyone is done their shopping, but in the days leading up to the holiday, supply of both consoles was scarce.

Several retailers surveyed by CNN either didn’t have any of the consoles left or had very few on Christmas Eve.

“Forced to wait in long lines or hunt around at multiple stores to find a console, many consumers have grown agitated,” CNN reported. “Some have even taken to social networks, claiming that the companies have purposefully limited supply to create artificial demand for their video game systems.”

Here’s where the key question comes in–are the companies unable to keep up with demand or are they unwilling (as in, keeping supply behind demand on purpose).

Representatives of both companies say that the lack of supply isn’t on purpose.

“Do you create an artificial shortage because you want there to be a feeding frenzy? No you don’t,” Jack Tretton, head of United States operations for Sony, said on a PlayStation blogcast earlier this month. “The holidays only come around once a year so that’s really when you want to take advantage of the market opportunity.”

Microsoft said in a blog post earlier in the month that it is “delivering consoles to retailers as fast as possible this holiday season.”

“Demand is exceeding supply in our 13 launch markets and Xbox One is sold out at most retailers,” Yusuf Mehdi, corporate vice president of strategy and marketing for Xbox said in a statement, and GameStop added that it has been unable to fulfill customer demand.

CNN notes that limited supply for the last generation of consoles lasted for years.

“The Nintendo Wii and PlayStation 3 faced on-and-off supply shortages that lasted through 2010 — four years after the consoles debuted. The PlayStation 2 also faced a shortage during the 2004 holiday shopping season — four years following its launch — after Sony introduced a slimmed-down version.”