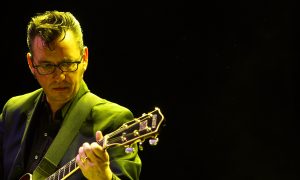 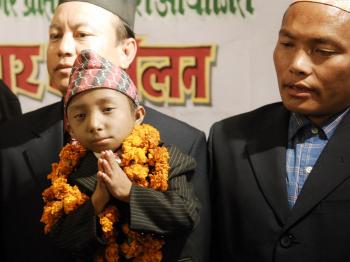 He is 22 inch tall, 18 years old, and is on a mission to be recognized as the world's shortest man.

Khagendra Thapa Magar left his home country, Nepal on Sunday, traveling to Italy together with his father and a supporter, to be entered into the Guinness Book of World Records. "We are going to Europe in an attempt to record his name in the Guinness World Records," said Thapa Magar's father, Rup Bahadur Thapa Magar, at a press conference on Saturday. At this moment, the man holding the record for world's shortest man is He Pingping from China who is 29 inches tall. An earlier bid by Thapa Magar to claim the title, when he was 14, was rejected as he was told that he might still grow.