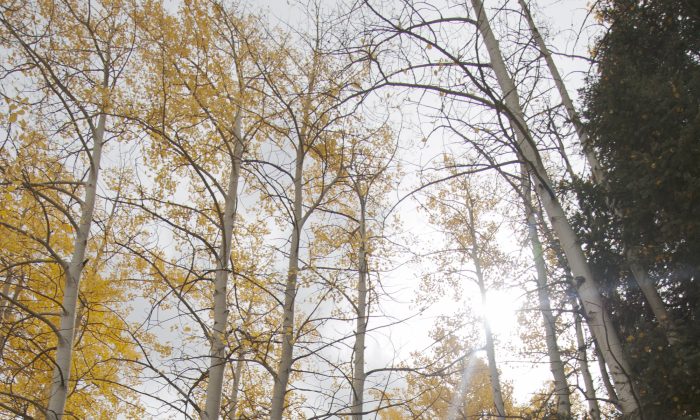 Estimated to be between 80,000 and 1,000,000 years old, a quaking aspen grove (Populus tremuloides) in Utah’s Fishlake National Forest wins the prize for not only oldest organism, but also heaviest. With over 47,000 stems spread out across 106 acres, and an estimated weight of 6,600 tons, the ancient behemoth has even earned the title “Pando”, which is Latin for “I spread.”

Quaking Aspen uses a strategy called “suckering”, whereby roots can shoot up new stems that will eventually become full-sized trees. This ability is particularly useful for surviving wildfires that may destroy trunks and the canopy, but leave roots untouched, ready to resprout the following spring. After a fire, as many as 400,000 suckers can resprout in a single acre.

Pando is believed to have survived at least one ice age, the Earth’s climate has changed so much since it was first a sapling it hasn’t received the right environmental cues to induce flowering in almost 10,000 years.