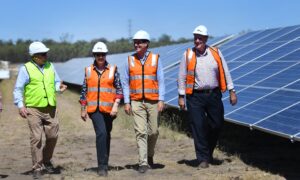 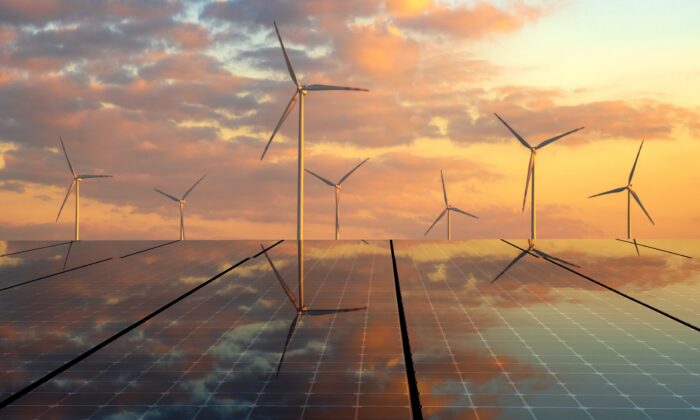 Western Australia (WA) is poised to become the host of the world’s largest renewable energy hub, promising a mix of wind and solar that could match Australia’s entire energy fleet and contribute a whopping 50 GW (gigawatts) in power generation.

The proposal is headed by Hong-Kong-based groups InterContinental Energy (ICE) and CWP Global in an unprecedented partnership with Indigenous landowners, the Mirning people.

The WGEH is planned to be delivered through phases, with the ambitious scope greatly exceeding the consortium’s previous track record. To date, CWP has successfully completed a total of just over 1.5 GW in energy projects, and ICE has yet to complete a project.

Both CWP and ICE are also currently involved in another mega-scale green energy hub in WA—the 26 GW Asian Renewable Energy Hub, which last month was halted by the Federal Government over environmental concerns.

WDEH Board Chairman Brendan Hammond said the proposal was historic in size, and that the coalition, which includes Mirning Green Energy—a subsidiary of Traditional Lands Aboriginal Corporation—had created a new standard for collaboration between corporations and First Nations Land Owners.

“More importantly, the way in which we are working with the Mirning People, the original owners of the land, to create a truly long-term and sustainable multi-generational partnership,” Hammond said.

The primary region covered by the WGEH spans across the Shires of Dundas, and in 2017, the Federal Court ruled the land was in exclusive possession of the WA Mirning People.

Dundas Shire CEO, Peter Fitchat, told The Epoch Times he supported the project. But noted the local council had not been consulted as a stakeholder in the impact assessment. Fitchat said they were eventually approached and asked if they would object to the development.

“This will be one of the biggest land-use agreements with native title groups in history,” Fitchat said. “We are waiting for those final assessments on impact.”

Out of the hub’s maximum 50 GW capacity, the site’s location is estimated to deliver 70 percent, or 35 GW, during periods of sunny days and windy nights.

The intermittent generation of solar and wind generation could see actual outputs vary, though, depending on weather conditions and the presence of sunshine or wind.

With its power output, the project is expected to support the production of 3.5 million tonnes of green hydrogen, in line with WA’s Renewable Hydrogen Strategy and Australia’s National Hydrogen Strategy.

The WA Government welcomed the proposal, lauding the project’s hydrogen prospects and the project’s cooperation with the Mirning People.

“Importantly, this project is a powerful collaboration between the Mirning traditional owners and industry, and would be a transformational opportunity for the community.”