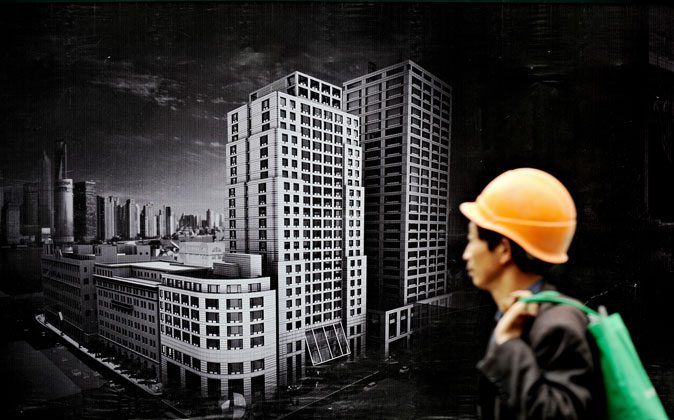 Governments must prepare for diverse rates of fertility, urbanization and aging population – all happening simultaneously

NEW YORK—The United Nations has released population data confirming the continuation of long-term global demographic trends and a larger global population than previously projected. Nations cannot afford to ignore trends including reduced fertility among most nations and limited family planning for others, and growing ranks of the elderly and accelerated urbanization pose new challenges.

The world population is larger. Global population achieved a milestone in 2011, hitting the 7 billion mark. Currently at 7.2 billion, the world is projected to increase by almost another billion people, climbing to 8.1 billion by 2025.

The population is older. Countries continue to age substantially, with those aged 60 or older the fastest growing segment. In developed countries, almost one in four is an older person, with more older people than children. Fertility is lower and family size smaller. The decline in population growth at the world level is the consequence of near universal reduction of fertility. Women are marrying later or not at all, postponing childbearing and having fewer or no children, and fertility has fallen to 2.5 children per woman. People are also living longer. Life expectancy is higher in most countries due to systematic progress against mortality. One can expect to live to age 77 in developed countries and to age 67 in developing countries.

The world is more urbanized. More than half of the world’s population consists of urban dwellers, and this is expected to climb to two-thirds by mid-century. International migration is increasing in both volume and impact. Although the increase in the number of migrants has faltered in the aftermath of the global economic recession, more people than ever reside in a country other than where they were born. There are 232 million international migrants, 3 percent of world population.

Propelled towards a world of 8 billion in little over a decade, the world continues on an unchartered trajectory. Virtually all population increase will take place in the world’s poorer countries, those least able to absorb these increases. Most of the growth is occurring in countries with high fertility, especially in Africa, as well as those countries with large populations, namely India, Indonesia, Pakistan, the Philippines and the United States. One reason accounting for the large population increases is an unmet need for family planning which remains high in the poorest parts of the world. An estimated 220 million women still lack ready access to safe, effective, readily available and low-cost contraceptives.

By mid-century, according to United Nations demographers, the world will contain 9.6 billion people, some 300 million more than previously projected. The great majority of these unanticipated births resulting from higher than expected fertility will be in countries classified as least developed by the United Nations and thus the poorest in the world. Moreover, many are failed or failing states, namely those in the throes of chronic political instability and armed conflict, factors that mitigate against the provision of basic services, such as health care and family planning.  This upward revision in fertility has a snowballing effect, so world population is now expected to peak in 2100 at 10.9 billion people, instead of the previously projected 10.1 billion.

The revised population projections include notable findings at the country level. The population of India is expected to surpass that of China around 2028, sooner than previously thought, when both countries will have populations of around 1.45 billion. Thereafter, India’s population will continue to grow for several decades and peak at around 1.6 billion before declining slowly to 1.5 billion in 2100. The population of China, on the other hand, is projected to shrink after 2030, possibly falling to 1.1 billion by 2100. Nigeria’s population is likely to surpass that of the United States before the middle of the century. By the end of the century, Nigeria could begin to rival China as the second most populous country in the world.

Most of the planet’s people will live in cities. Virtually all expected population growth will be concentrated in the urban areas of poor countries increasing the threat of pollution and epidemic. By 2050, the number of people living in cities will almost be equal to today’s world population. In 1950, only two cities in the world had at least 10 million inhabitants. Today, 23 megacities have more than 10 million inhabitants; by 2025, the number of megacities is projected to reach 37.

Faced with the opportunities and challenges associated with urbanization, many governments have traditionally sought to stem migration to large cities with a host of policies that have proven largely ineffective. Needed, instead are policies and adaptation strategies to accommodate future urban growth. These must include developing appropriate infrastructure and providing access to basic education and training, health, gainful employment, especially among young people, so that countries can reap the benefits of economies of scale and greater efficiency as well as minimize environmental and other adverse impacts of urban growth.

Furthermore, policies that facilitate the reduction of fertility by ensuring that couples have access to modern contraception, combined with concerted efforts to improve education and employment prospects for young girls and women, can contribute to moderate increases in the number of urban dwellers, thereby making it easier for developing countries to adjust to the transformations associated with growing urbanization. Cities have often served as the engines of economic growth, thus vital to a nation’s socioeconomic development.

In a major development, the Chinese government last year showcased its renewed war on poverty by announcing an ambitious strategy to transfer much of China’s population from rural to urban areas. The hope is the approach will lead to higher standards of living for China’s rural poor and heightened domestic consumer demand. Earlier restrictions on internal migration had created a de-facto illegal migrant population in many Chinese cities, without access to government services. This had been cited as a source of social instability and served to highlight the uneven distribution of benefits from China’s economic growth. Chinese leaders must ensure adequate food supplies for a surging urban population while simultaneously promoting rural depopulation – a difficult juggling act in view of an oft expressed goal of ensuring national self- sufficiency in food production.

In another major population policy shift, China also announced in 2013, that after 30 years, it was revising its one-child policy. The new policy permits couples to have two children if either spouse is an only child. The policy adjustment, however, is expected to have only a marginal impact on China’s population.

In the years ahead, governments and the international community must address development consequences of population dynamics before they unfold by adopting forward-looking and pro-active policies based on past, current and foreseeable demographic trends. These population trends present challenges for all societies in the 21st century including low labor force participation, especially among youth; limited female empowerment; environmental degradation; food and water shortages; rapid urbanization; insufficient provision of housing, education and medical care; restrictive immigration policies; forced displacement and failing states.  Good planning could reduce the cost of unforeseen investments in security and disaster relief for the inevitable crises ahead.

Barry Mirkin works as a consultant on population issues, having retired from the United Nations Population Division in 2009. He served the UN in the field of population and development in New York and overseas for 35 years. Among other duties, he was chief of the population policy section. Besides completing numerous studies for the UN, he has written studies in such areas as population and development policy, population aging, retirement and international migration. He received his graduate training in population and economics at New York University, the University of Geneva and Princeton University. He lives in Manhattan. With permission from YaleGlobal Online. Copyright © 2013, Yale Center for the Study of Globalization, Yale University.