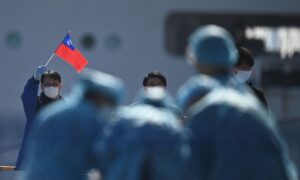 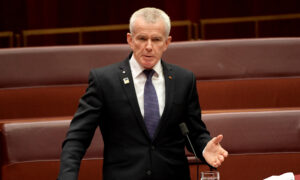 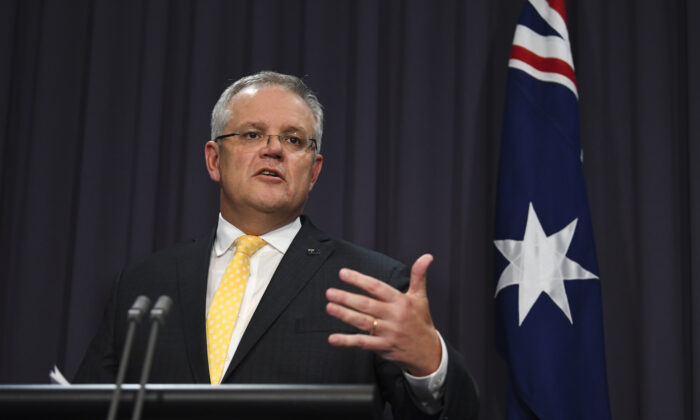 Prime Minister Scott Morrison said Australia will continue to support the World Health Organisation (WHO) but he said they’re “not immune from criticism” and should do things better.

Morrison’s April 15 comments on 6PR radio came as U.S. President Donald Trump placed a hold America’s financial support for the health authority pending an investigation into their “mismanagement, cover-ups, and failures” during the CCP virus outbreak.

The White House said WHO repeatedly parroted the Chinese regime’s claims that the coronavirus was not spreading between humans, despite warnings by doctors and health officials that it was.

Morrison likewise, said in the interview that had Australia relied on WHO advice back in January, “Then I suspect we would have been suffering the same fate that many other countries currently are.”

He went on to point out that Australia called the pandemic weeks before the WHO did.

At the time, on Jan. 14, the WHO advised countries that there was no human-to-human transmission of the CCP (Chinese Communist Party) virus, commonly known as novel coronavirus.

However, we now know that this was wrong and that by at least mid-December, the CCP was aware that human-to-human transmission was occurring in mainland China, making the virus ripe for spreading. Yet the CCP did not admit this until Jan. 20, after over 5 million people had left Wuhan.

Not waiting for the WHO’s advice, Australia closed its borders to China, Iran, and Italy. Australia has a much smaller number of cases compared to other countries, with 6,458 confirmed cases (as of April 16).

Australian Partnerships With WHO

Australia works closely with the WHO on important projects in the pacific region, Morrison told 6PR, and because of that, he did not want to “throw the baby out with the bathwater.”

Australia and the WHO currently have their first joint project which will run until 2022. The core focus of this cooperation for the WHO to support Australia’s efforts to improve the health of everyone in Australia and in the Western Pacific region, which includes a number of Pacific islands.

It’s written into their cooperation strategy that Austalia will help the organisation become more transparent and accountable.

WHO also has collaborative operations with 46 Australian centers in a variety of institutions including state governments and universities.

Treasurer Josh Frydenberg the same day saying that Australia doesn’t always agree with the WHO and “we will make those views known” so that the World Health Organisation can do a better job.

Transparency Issues at WHO

About half of the World Health Organisation’s budget comes from member countries. The United States has been its largest financial supporter, contributing between $400-$500 million (AU$636-$795 million) annually (pdf), representing about 15 percent of the organisation’s total budget.

Trump’s decision to halt funding pending a review, was because the WHO had “failed in its basic duty and it must be held accountable,” he told a press conference. That review would likely to take 60-90 days, he said.

Transparency isn’t a new issue for the WHO. A 2018 report in the journal Globalisation and Health, noted that the WHO had significant issues with transparency and accountability regarding its finances. The report raised concerns about whether the organisation could “provide unbiased decision making.”

Liberal Party backbencher David Sharma said on Twitter that funding should be contingent on reforms.

Australia’s continued funding of the @WHO should be contingent on necessary reforms – we must take a forensic look at not only the causes of this crisis but the performance of key institutions throughout it @SkyNewsAust #coronavirusaus https://t.co/GpmPCUJROU