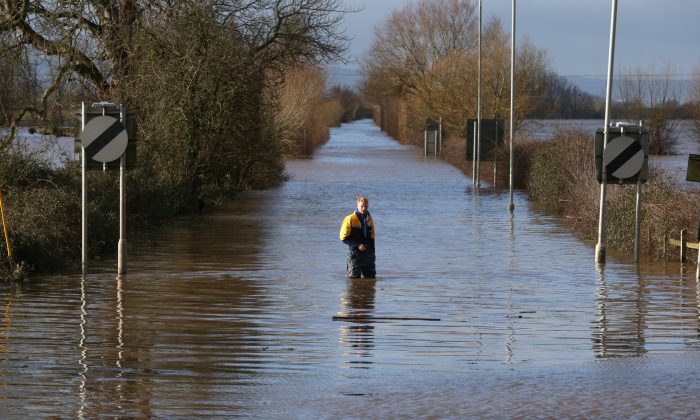 There just is no easy way out. (Matt Cardy/Getty Images)
Business & Economy

It is no different in economics and finance, where most of the reports coming out of the Federal Reserve, the International Monetary Fund or think tanks such as the Council on Foreign Relations support the new normal modus operandi of low interest rates, deficit and credit card spending.

Not so the 16th annual Geneva Report, issued by the International Centre for Monetary and Banking Studies and written by a couple of bankers and former central bankers.

Since bankers love debt and central bankers can’t seem to stop printing money, you will be surprised by this report. It is a rational critique of excess debt levels and the costs associated with money printing and low interest rates. It also explains why there is so much debt in the first place.

The first important finding is that total debt levels in the world (public, corporate and household) are still increasing and now stand at 215 percent of world GDP.

So the world is happily continuing to lever up instead of deleveraging, which means paying down debt. Quite fittingly, the report is called “Deleveraging? What Deleveraging?”

To put this in perspective, this means the whole world would have to produce at current levels but consume nothing for two years in order to pay back the amount. Impossible.

The authors also note that debt growth was primarily fueled by the private sector of the developed world until the financial crisis—think subprime. Then governments in the Western hemisphere took a lot of the bad debt onto their balance sheets, reducing the burden on the private sector.

In addition, developing countries in general and China in particular stomped on the debt pedal as soon as it became clear Western economies could not sustain the brisk growth. China needed and still needs the growth to keep its people employed.

However, the report cites China as at risk for a financial crisis (the word is mentioned 256 times in the report) in the future, but also says developed nations will have to bear the costs of their past excesses for years to come.

These costs can involve defaults, inflation, higher taxes and lower growth, but don’t necessarily have to involve a crisis. Just look at Japan for the last 24 years.

Since loans are usually tied to a project (a new house, a new factory), it shows up as more growth. More growth means even more optimism and more loans, even if the underlying gains in productivity have run their course; just look at China post WTO ascension.

When it comes to solutions, there aren’t any quick fixes.

Defaults on bad debts reduce the burden on the balance sheet on the one side, but also mean savers and investors lose the fruits of their labor, because that’s what savings really are. The same is true for low interest rates.

Higher taxes and less government spending reduce public debt but stifle growth. Apart from outright defaults, printing money is the only other way to repay debt, but leads to misallocation of capital and inflation.

There just is no easy way out.