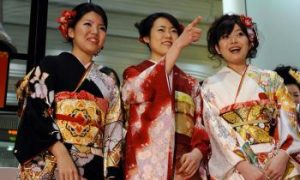 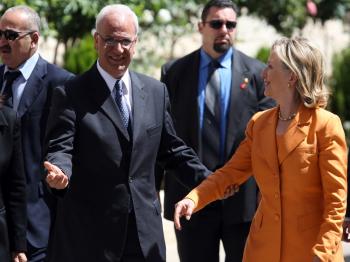 Gidon Belmaker
Gidon Belmaker is a former reporter and social media editor with The Epoch Times.
View profile
Follow
biggersmaller
Print
The World Bank Board announced Thursday that is had approved an additional grant of $40 million to the Palestinian Authority to sustain efforts of institution building and reform.

“We commend the Palestinian Authority for recent results under its reform agenda,” said Shamshad Akhtar, vice president of the Middle East and North Africa Region, a World Bank press statement.

“These [results] include increased efficiency of the social safety net system that is now one of the most advanced in the region, improved fiscal standing through greater revenue collections, and a decrease in recurrent expenditures and an improved security situation in the West Bank.”

The report mentioned several reforms including the merger of the European Union and World Bank funded social safety net programs into a Palestinian National Cash Transfer Program; the approval of an Action Plan for Public Pension Reform; the reduction of implicit electricity subsidies through the activation of the regulator and the northern West Bank distribution company; and significant improvements in public resource management systems.

The World Bank published another report the same day stating that if the Palestinian Authority (PA) maintains its current performance in institution-building and delivery of public services, it is well positioned to establish itself as a state in the near future.

The report added, however, that Israeli restrictions are putting obstacles in the way of private investment and are undermining the Palestinian economy.

One example sited in the report is that in the West Bank, Palestinians have limited access to the majority of the territory’s land and water, which is still under Israeli control in accordance to the interim agreement. That investors also have restricted ability to enter into Israel and the West Bank is unpredictable.

The report comes just a day after another round of peace negotiations took place between the Israelis and the Palestinian in Jerusalem.

The World Bank stresses that the PA has continued its reform agenda and even accelerated it significantly in the first half of 2010. It applauded the PA’s fiscal policy and noted that progress on major reform initiatives strengthened the PA’s fiscal position.

Based on its calculations, the World Bank predicts that the real growth rate of the Palestinian economy, when combined with Gaza, is likely to reach 8 percent for the year.

“Some of the increase in economic activity can be attributed to improved investor confidence and the partial easing of restrictions by the government of Israel. The main driver of growth, however, remains external financial assistance,” states the report.

A report published by Pal-trade, the Palestinian trade center, also emphasized on Thursday, that Israeli restrictions were retarding the development of the Palestinian private sector, thus remaining a central obstacle to the establishment of an economically viable Palestinian state.

Pal-trade reports that public spending in the Palestinian economy is largely financed by donor aid and is the primary driver of the recent rebound in the West Bank economy.

In spite of public spending, according to Pal-trade, “Remaining Israeli limitations on access to markets, on exploitation of natural resources, and on imports of critical raw materials continue to discourage the private investment required for sustainable growth.”

Pal-trade recommends that the current policy environment will only improve if there is intensive and regular Israeli-Palestinian cooperation, but this is not currently happening.

“The only institution with the authority and capacity to facilitate cooperation—the Joint Technical Committee—has not met since 2000, however,” read the report.

The Pal-trade report was financed by the government of Norway and supervised by the World Bank.