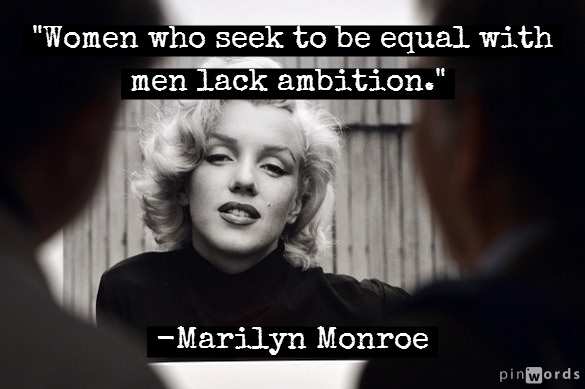 That was a time of great unrest and debate among women, as they struggled against inequality and oppression.

The first time the day was officially observed was in 1909, when it was celebrated on the last Sunday in February.

In the present age, it’s an official holiday in a host of countries, including Afghanistan, Russia, and Zambia.

“The tradition sees men honoring their mothers, wives, girlfriends, colleagues, etc with flowers and small gifts. In some countries IWD has the equivalent status of Mother’s Day where children give small presents to their mothers and grandmothers,” according to the day’s official website.

The United Nations launched a new campaign ahead of the 2014 International Women’s Day, called He for She.

It calls for men to help bring about the reduction of discrimination against women. Prominent men such as actors Matt Damon and Antonio Banderas; and United Nations Chief Ban Ki-Moon recorded videos for the campaign.

“It’s an objective fact, that if you want to solve some of these huge, kind of bigger problems of extreme poverty, you have to include the women,” said Damon, who has also founded Water.org, a nonprofit group that provides access to safe water and sanitation in Africa, south Asia, and Central America. “They’re the ones who will get it done.”

“This is a moment when we review past achievements and look ahead to the challenges that remain, as well as to untapped potential and opportunities. In moving forward, we must ensure that women’s empowerment and gender equality stand at the heart of all of our work to craft a better future.”

Check out some quotes for International Women’s Day below.

“Women are leaders everywhere you look — from the CEO who runs a Fortune 500 company to the housewife who raises her children and heads her household. Our country was built by strong women, and we will continue to break down walls and defy stereotypes.” — Nancy Pelosi, former speaker of the U.S. House of Representatives

“Women have served all these centuries as looking glasses possessing the magic and delicious power of reflecting the figure of a man at twice its natural size.” — Virginia Woolf, writer

“The fastest way to change society is to mobilize the women of the world.” — Charles Malik, Lebenese philosopher and diplomat

“If a woman is sufficiently ambitious, determined and gifted, there is practically nothing she can’t do.” — Helen Lawrenson

“I would rather trust a woman’s instinct than a man’s reason.” — Stanley Baldwin, British elected official

“How important it is for us to recognize and celebrate our heroes and she-roes!” — Maya Angelou, poet

“Modern invention has banished the spinning wheel, and the same law of progress makes the woman of today a different woman from her grandmother.” — Susan B. Anthony, civil rights leader

“Men and boys, we show our manhood through the way we treat our women. Our wives, our sisters, our mothers.” — Archbishop Desmond Tutu

“One is not born a woman, one becomes one.” — Simone de Beauvoir, existentialist philosopher

“A charming woman doesn’t follow the crowd. She is herself.” — Loretta Young, actress

“And verily, a woman need know but one man well, in order to understand all men whereas a man may know all women and not understand one of them.” — Helen Rowland, journalist

“I am not here for women only, but also for women.” — Angela Merkel, chancellor of Germany

“Women more than men can strip war of its glamour and its out-of-date heroisms and patriotisms, and see it as a demon of destruction and hideous wrong.” –Lillian Wald, peace activist

“A woman is the full circle. Within her is the power to create, nurture and transform.” — Diane Mariechild, author