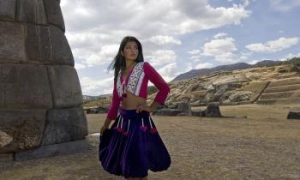 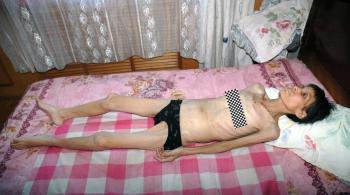 Woman, Whose Torture Was Cited by Attorney, Killed in Custody

By Gisela Sommer
Print
A Chinese woman whose experience of torture was mentioned in an open letter written by a famous human rights lawyer has been killed in custody, according to a Falun Gong human rights group.

Fifty-three year old Sun Shuxiang, a Falun Gong practitioner from Changchun, died on Oct. 10, four months after her release from a labor camp where she had been severely tortured. Sun was cited as a torture victim by Chinese human rights attorney Gao Zhisheng in a 2005 open letter to top Chinese leaders. Several of the individuals cited by Gao have recently ended up dead, Falun Gong human rights groups say.

During the past 11 years, Chinese authorities have unlawfully arrested and mistreated Sun Shuxiang 12 times for practicing Falun Gong. They also ransacked her home, extorted money from her, and sentenced her to forced labor. She has been subjected to torture, forced injections of unknown drugs, beatings, brainwashing, and electric shocks, the Falun Dafa Information Center reported on Oct. 31.

Attorney Gao Zhisheng—himself a victim of torture by Chinese authorities—cited Sun as a torture victim in an open letter to Chinese Communist Party leaders Hu Jintao and Wen Jiabao on Dec. 12, 2005. Sun is the third Falun Gong practitioner mentioned by Gao Zhisheng to have lost her life to torture at the hands of the Chinese state. Two other practitioners, Ms. Wang Yuhuan and Ms. Liu Lihua, who were interviewed by Gao, also died as a result of persecution.

Clearwisdom.net, a Falun Gong website, reported on Oct. 26 that Changchun City Domestic Security and agents from the “610 Office” arrested Sun during the early morning on Sept. 22, 2009 at her daughter's home where Sun was taking care of her grandson. The 610 Office is an extra-judicial agency created to persecute Falun Gong; it has sweeping powers over the police and judiciary.

Over the next nine months authorities detained Sun at different locations: the Changchun Police Department, the Changchun No. 3 Detention Center, and the Heizuizi Forced Labor Camp in Changchun City. In each of these locations Sun was tortured.

In June 2010 the labor camp release Sun on medical grounds. She was emaciated and had difficulty breathing, eating, and drinking. She died on Oct. 10.

When Sun was detained and taken to the Changchun City Police Department, she refused to sign a fabricated confession. An officer then handcuffed her in an extremely painful way by forcing one of her arms over her shoulder and pulling the other arm up behind her back—a form of torture known as “carrying a sword on the back.” The police then took her fingerprints by force, and later used the fabricated documents as evidence against her.

The following are excerpts from Sun’s interview with lawyer Gao Zhisheng, where Sun recounted some of the torture she had been subjected to by police, forced labor personnel, and while in hospital prior to Dec. 2005.

“At the beginning of July 2002, I went to my father's home. A few plainclothes officers stormed in and arrested me. They covered my face and drove for about two hours the next day. They took me to a dark basement. They took the cover off. About nine officers came into the room and carried me to the Tiger Bench, bound my chest and abdomen tightly with a rope, and put a thick metal rod through the chair arms. One officer said, ‘If you tell us everything, you only need to sit here for one hour. Otherwise, we will make you go through all sorts of torture.’