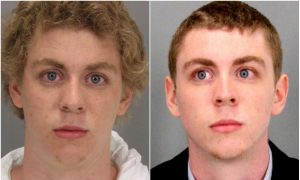 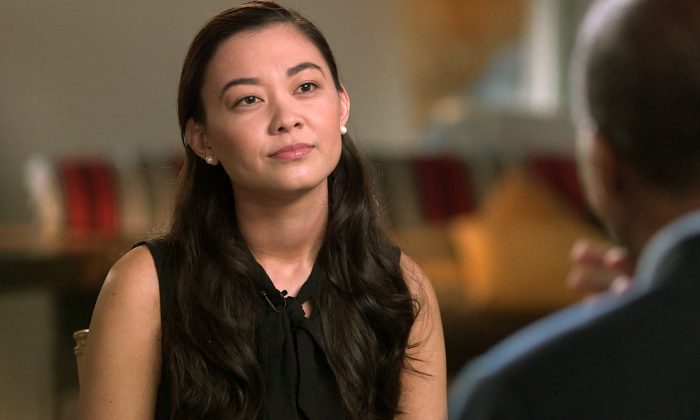 The woman who was sexually assaulted by Brock Turner in 2015 has revealed her identity.

Chanel Miller says she was the women who was assaulted by Turner, a swimmer at Stanford University. He was convicted in 2016 and sentenced to six months in jail. He was released after serving three months.

The case attracted nationwide attention and the light sentencing decision by Judge Aaron Persky eventually led to his ouster in 2018.

Miller is slated to release a memoir later this month and sat down with “60 Minutes” to share her story in an interview slated for broadcast on Sept. 22.

The footage includes Miller reading the victim impact statement she read in court during Turner’s trial.

Miller said in the statement that she was at her family home on Jan. 17, 2015, when she decided to go out to a party with her younger sister.

“I called myself ‘big mama,’ because I knew I’d be the oldest one there,” she said in the statement. “I made silly faces, let my guard down, and drank liquor too fast not factoring in that my tolerance had significantly lowered since college.”

“The next thing I remember I was in a gurney in a hallway. I had dried blood and bandages on the backs of my hands and elbow. I thought maybe I had fallen and was in an admin office on campus. I was very calm and wondering where my sister was. A deputy explained I had been assaulted.”

Miller was checked for signs of assault, which were documented. She then said her life had been impacted by what happened and criticized Turner for later changing his story when he learned she couldn’t remember what happened, including claiming there was consent after he initially said there was not.

Miller graduated from the University of California, Santa Barbara, with a bachelor’s degree in literature, her publisher said. She currently lives in San Francisco, California, and is a writer and artist.

“She was known to the world as Emily Doe when she stunned millions with a letter. Brock Turner had been sentenced to just six months in county jail after he was found sexually assaulting her on Stanford’s campus,” said Viking, the publisher, in a book description.

“Her victim impact statement was posted on BuzzFeed, where it instantly went viral—viewed by 11 million people within four days, it was translated globally and read on the floor of Congress; it inspired changes in California law and the recall of the judge in the case. Thousands wrote to say that she had given them the courage to share their own experiences of assault for the first time.”

“Now she reclaims her identity to tell her story of trauma, transcendence, and the power of words. It was the perfect case, in many ways—there were eyewitnesses, Turner ran away, physical evidence was immediately secured. But her struggles with isolation and shame during the aftermath and the trial reveal the oppression victims face in even the best-case scenarios,” it continued.

“Her story illuminates a culture biased to protect perpetrators, indicts a criminal justice system designed to fail the most vulnerable, and, ultimately, shines with the courage required to move through suffering and live a full and beautiful life.”

Andrea Schulz, the editor in chief of Viking, said that she was riveted by the victim impact statement and was contacted by a literary agent representing Miller, who said Miller was interested in writing a book.

“I jumped out of my chair to acquire it,” Schulz told The New York Times, “because it was just obvious to me from the beginning what she had to say and how different it was and how extraordinarily well she was going to say it. She had the brain and the voice of a writer from the very beginning, even in that situation.”