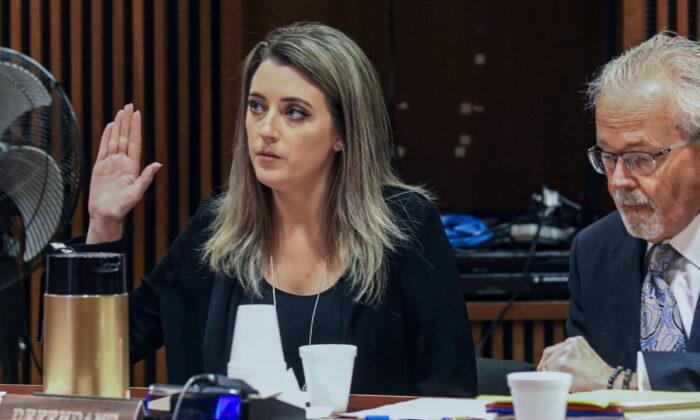 CAMDEN, New Jersey—A woman who admitted her role in a scam that raised $400,000 using a fake story about a homeless man received a one-year prison sentence in federal court Thursday.

Katelyn McClure was also ordered to make restitution and serve three years’ supervised release. The 32-year-old Bordentown, New Jersey resident is scheduled to be sentenced on state charges next month and could receive more prison time.

A message was left Thursday with an attorney representing McClure.

McClure and her then-boyfriend, Mark D’Amico, fabricated the story about homeless veteran Johnny Bobbitt Jr. giving McClure $20 when she ran out of gas on a Philadelphia highway in 2017.

In truth, state and federal prosecutors said, the group had met near a Philadelphia casino in October 2017 shortly before they told their story.

They publicized the story through local and national media interviews and created a GoFundMe account that more than 14,000 people donated to, thinking the money was to help Bobbitt, according to prosecutors. Law enforcement began investigating after Bobbitt sued the couple, accusing them of not giving him the money.

The federal criminal complaint alleged all of the money raised in the campaign was spent by March 2018, with large chunks spent by McClure and D’Amico on a recreational vehicle, a BMW, and trips to casinos in Las Vegas and New Jersey.

D’Amico, described as the group’s ringleader, pleaded guilty to federal charges and was sentenced in April to 27 months in prison. He was also ordered to make restitution and is scheduled for sentencing on separate state charges next month.

Bobbitt was sentenced to five years’ probation on state charges in 2019 and faces sentencing next month on federal charges.