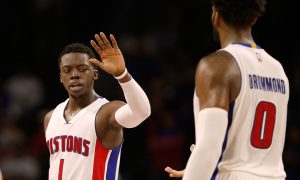 The Surprising Detroit Pistons Could Shake Up the East
0 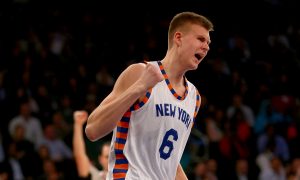 Kristaps Porzingis: The Next Dirk Nowitzki?
0 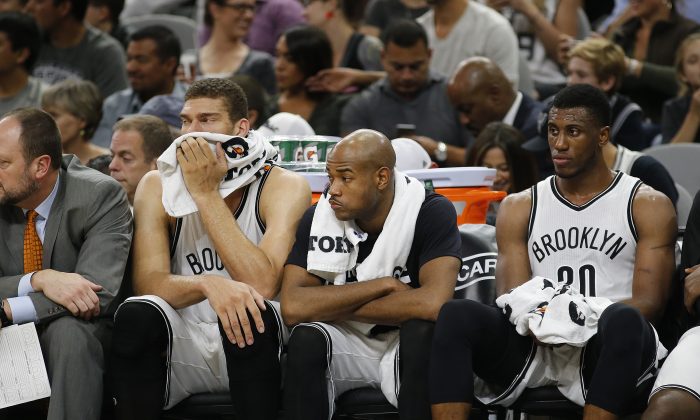 The Brooklyn Nets are just 3–11 this season—tied for the third-worst record in the 30-team NBA. And although they are only four and a half games behind the Celtics in the standings, Boston is way ahead of Brooklyn in terms of rebuilding.

Why? The Nets have traded away most of their future (and past) first-round picks in a continuous effort to get better faster—only it’s never worked. Now they have little talent at present and very little hope in the near future.

But it shouldn’t have been this way.

The Nets were rebuilding on the fly way back in 2008 when they nabbed Brook Lopez and Ryan Anderson with the 10th and 21st picks in the draft, respectively. The 7-foot Lopez has been a great find, averaging 17.9 points, 7.4 rebounds, and 1.8 blocks for his career while Anderson led the NBA in threes in 2012 and is currently averaging 19.3 points a game this season—for the New Orleans Pelicans.

This is where the first of their bad deals comes into play. In a ridiculous salary dump the following summer (2009), the Nets dealt Anderson along with Vince Carter to Orlando for Rafer Alston, Tony Battie, and Courtney Lee. Not surprisingly, Lee is the only guy they got who’s still in the NBA, although he plays for Memphis after the Nets dealt him in 2010 for Troy Murphy—who’s also no longer in the league.

It was then and still is, quite a high price to pay to rid themselves of Carter and the more than $33 million owed him over the two years that followed. Had they been able to use that cap space to sign a big free agent in the summer of 2010 or 2011, the deal might have been worth it. But they didn’t.

Arm and a Leg for Deron Williams

In 2010, the Nets had another good draft, selecting 19-year-old Derrick Favors with the third overall pick. (Yes, DeMarcus Cousins was available but getting the third-best player in the draft with the third pick isn’t bad.)

Favors looked good in his half-season in New Jersey, averaging 6.3 points and 5.3 rebounds while being one of the youngest players in the league. Seizing an opportunity to grab an All-Star in order to attract another one that summer via free agency (Dwight Howard was their goal), the Nets dealt Favors to Utah just 56 games into his rookie season—along with 2011 and 2013 first-round picks and point guard Devin Harris—in a deal for All-Star Deron Willliams.

Unfortunately, Williams peaked in his second season (2011–12) with the Nets while Howard decided to forego free agency for another year and never came to Brooklyn.

While Harris, Kanter, and Dieng have all been traded away by the Jazz for other parts—and Favors is nearing All-Star status with the team—the Nets have little to show for Williams. They released Williams this summer and are currently paying him not to play for them.

The Wallace for Lillard Heist

Still intent on dealing away young talent/future picks, the then 15–29 Nets in 2012 traded away Mehmet Okur, Shawne Williams, and their 2012 first-round pick to Portland for veteran Gerald Wallace.

The Nets then doubled down on the deal the following summer in re-signing Wallace to a 4-year, $40-million deal while the Trailblazers used the pick from the Nets to select future two-time All-Star Damian Lillard with the sixth overall pick.

The better the 25-year-old Lillard gets—he’s in line for his third straight All-Star selection this year—the worse this deal becomes.

As bad as the deals for Favors, Anderson, and Lillard were, they don’t quite compare to the deal the Nets secured with Boston in the summer of 2013 when they acquired aging veterans Paul Pierce and Kevin Garnett. The Nets are still paying for this one.

In exchange for first-round picks in 2014, 2016, and 2018 (as well as the right to swap picks in 2017), the Nets received Pierce, Garnett, and a couple of throw-ins to the deal while Boston took on several throw-ins of their own plus the rapidly declining Wallace and his franchise-crippling deal, which still had three years left on it.

The thinking by the Nets was that Pierce and Garnett—together with Williams, Lopez, and Joe Johnson—would push the team into title-contending status and that the future picks would thus likely come at the end of the first round. Unfortunately, all the Nets got out of it was a trip to the second round in 2014 where LeBron James and the Heat dispatched them in five games.

While Pierce left via free agency the following summer, Garnett was dealt to Minnesota for Thaddeus Young earlier this year, and Brooklyn is back to bringing up the rear in the Eastern Conference with few future prospects to build upon.

Meanwhile, the Celtics took James Young with the Nets pick in 2014 (17th overall) and are licking their chops at the possibility of seeing the Nets pick turn into the first overall selection next summer—and maybe again in 2018. It’s quite a price to pay for making it to the second round of the playoffs one time.