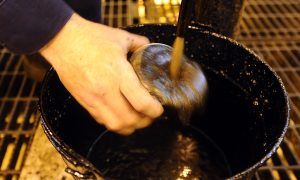 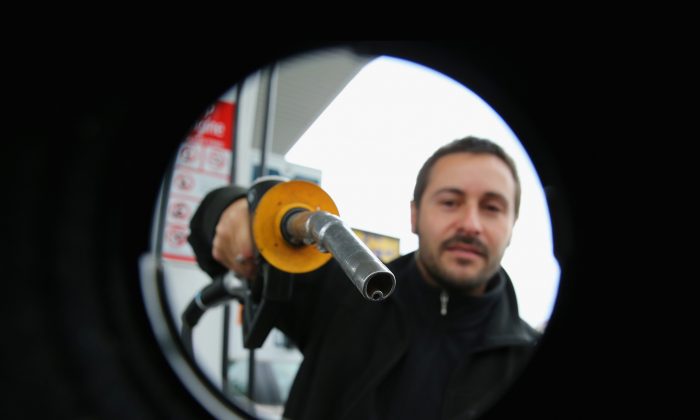 Man uses a fuel dispenser to fill his car up with petrol at a petrol station on July 23, 2013. (Scott Barbour/Getty Images)
Business

WTI crude hit a low of $43 and prices at the pump have fallen too, but does it make a difference for consumers?
By Valentin Schmid
biggersmaller
Print

Oil prices got clobbered again Monday, falling to levels not seen since 2009. This is good for consumers, but how are they benefitting in practice?

For all energy products, the Bureau of Economic Analysis(BEA) calculates in its revised Q4 GDP report that prices have fallen 10.4 percent in January compared to December.

That sounds like a considerable dip, but in terms of real savings, according to the BEA, energy is not a big ticket expense item for consumers. They only spent $513 billion annualized on energy goods and services in January, out of a total of $12 trillion in personal consumption expenditure.

So where did the money go, as total consumption outlays went up by $424 billion, fuelled by faster economic growth? Consumers spent more on durable goods like cars ($83 billion), but spending on services such as health care rose by even $362 billion.