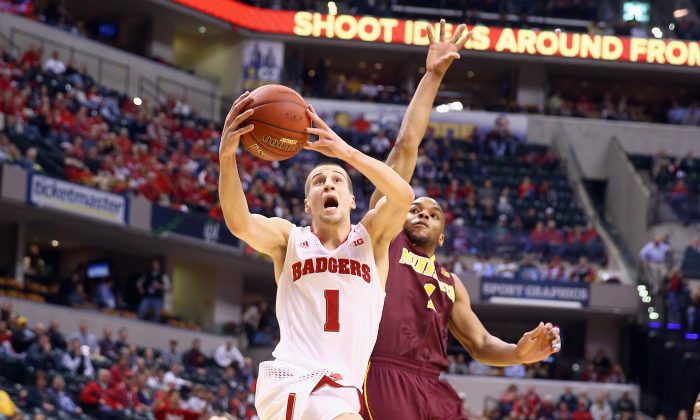 Ben Brust #1 of the Wisconsin Badgers shoots the ball in the game against the Minnesota Golden Gophers during the Quarterfinals of the Big Ten Basketball Tournament at Bankers Life Fieldhouse on March 14, 2014 in Indianapolis, Indiana. (Andy Lyons/Getty Images)
College Sports

The Michigan State Spartans will take on the Wisconsin Badgers in the Big Ten conference tournament semifinals on Saturday.

The game will be played at the Bankers Life Fieldhouse in Indianapolis.

The game will be broadcast on CBS while live streaming is available via BTN.com.

The winner will go to the championship game, which is set for Sunday at 3:30 p.m. ET.

That game will also be broadcast on CBS.