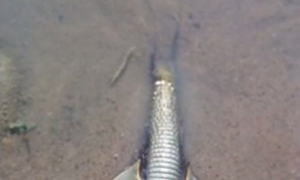 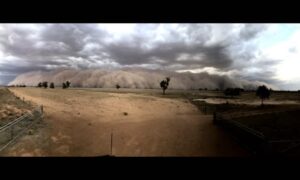 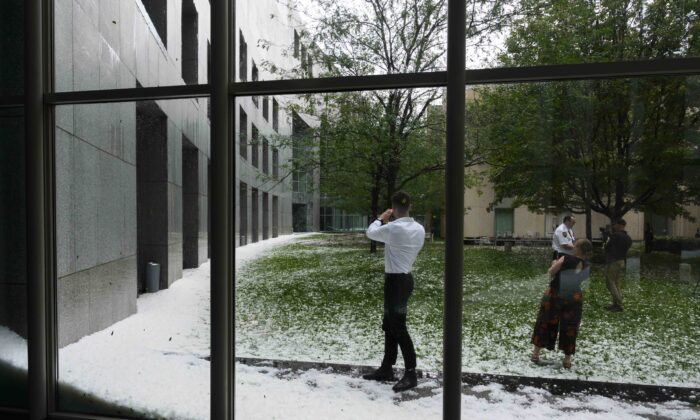 Victoria is to be hit with an early blast of winter with heavy rain, snow, chilly winds and flash flooding on the cards.

Enjoy the sunshine of April 28 as it’s the last mild day across the state for some time, weather bureau forecaster Michael Efron warned.

Northeast Victoria and East Gippsland is set to be smashed with up to 100mm of rain by the end of Wednesday, with a warning issued for severe thunderstorm, flash flooding and damaging winds.

Rain will be lighter over the state’s western district and southeast – near Mallacoota – with up to 15mm likely.

In central Victoria and Gippsland rain totals are forecast between 15 to 35mm for Wednesday.

“Certainly is a real blast of winter across the state,” Mr Efron said.

Temperatures will continue to plummet on Thursday across the state as the winds turn southwesterly.

The temperature is set to drop to just 12 Celsius (about 53 Fahrenheit)  in Mansfield, in the Victorian Alpine region.

There’s even scope for snow at 800m elevation by late Thursday.

“Hail and thunder affecting most districts as well and temperatures well below average for this time of year,” Efron said.

“That wind chill will be significant with feels like temperatures in single figures for much of Victoria.”

A deep low pressure system will form near Tasmania before driving cold winds over the state during the weekend.

Melbourne is likely to break its 2019 total rainfall of 374.4mm, given 373.8mm of rain has already fallen in the city this year.

By Christine McGinn in Melbourne