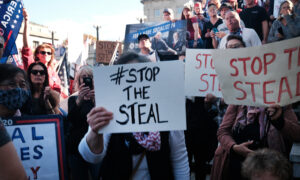 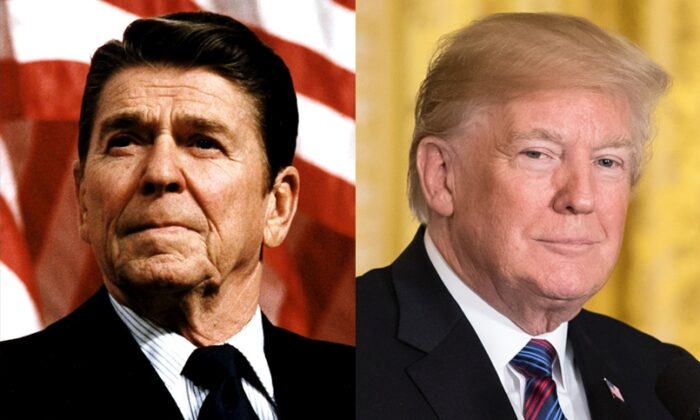 Will Conservatism Survive in America?

I remember the evening of Nov. 4, 2008, very clearly. A number of Jewish Republicans had gathered in the house of a wealthy couple in Menlo Park, California, to hear the election results. The house was more like an art museum with bedrooms; large paintings of varied styles hung on the long, smooth white walls.

George W. Bush had been good for Israel and for the Jewish people, and we were hoping that his legacy would continue with his chosen successor, war hero John McCain, who felt a similar love for Israel. Bush had not been the strong conservative I had wanted, and McCain had many moderate-to-left leanings, but he at least shared Bush’s love for Israel. The alternative was Barack Hussein Obama, a political novice with little political experience, or real-world experience for that matter, who had close friendships with anti-Semites Jeremiah Wright and Louis Farrakhan, among others. Obama was unabashedly a left-wing politician who would steer this country in the wrong direction, with “progressive” domestic policy and foreign policy.

When Obama was declared the winner, a large group gathered around the formidable mahogany dining room table and started mourning and debating and raucously planning Republican strategies for the next four years. I decided I could use one night off and slipped into a back bedroom where I encountered a well-known conservative writer slunk in an easy chair, staring blankly at Obama’s victory celebration on TV. We decided to raise our glasses in a toast to the stupidity of the American voter and to an upcoming miserable four years that would hopefully pass quickly.

Four years later, Obama had masterfully introduced socialized medicine in America, a feat attempted unsuccessfully by his Democrat predecessors. He had given more taxpayer money to failed banks than ever before, appointed two liberal Supreme Court justices, and gained control of both houses of Congress. The economy was experiencing molasses-speed growth. He had withdrawn U.S. troops from trouble spots in the world, allowing the greatest terrorist movement in history, ISIS, to prosper. And he became the first U.S. president to publicly humiliate the prime minister of Israel while welcoming the dictators of Iran, the Palestinian Authority, Cuba, Egypt, and Honduras. He also presided over a Democratic Party that demonized Republicans, labeling them “enemies” and xenophobes who are “bitter” and who “cling to guns and religion.” The media mostly ignored or excused his policies while praising his personality.

The Tea Party gave me hope. Although viciously attacked by the mainstream media, the movement attracted an estimated 10 percent of Americans and was the force behind the election of truly conservative Republicans to Congress in 2010. Maybe America was recognizing its shortsighted embrace of progressivism.

In 2012, the Republican presidential candidate, Mitt Romney, was a decent, religious man who had years of business experience and years of political experience. His ideology wasn’t ideal, particularly his flip-flopping on abortion, but he generally held good conservative values. Many moderate Democrats liked Romney, and some saw the mess that Obama had caused, particularly in his distancing from Israel and enabling of terrorists and dictators, if not downright support for them. I was surprised when Obama got an overwhelming Electoral College and popular vote victory in 2012. My only hope, then, was that after another four years of progressive leadership, Americans would surely come to recognize the utter failures of left-wing ideology and finally and firmly support conservative values.

Back in 1980, Ronald Reagan’s landslide election brought strong conservative values to the presidency. Despite the attacks from the mainstream media, academics, Hollywood celebrities, and wealthy business leaders, Reagan won reelection in the greatest presidential victory ever seen. It seemed certain that America had replanted its roots in conservative ideology.

George H.W. Bush carried on Reagan’s conservative ideals, but the economic recession at the end of his term led to the election of Bill Clinton. Looking back, Clinton was adept at political compromise. Leading a conservative country and with a Republican Congress, Clinton often steered his left-wing policies to the middle with a view toward getting things done and getting reelected.

After Donald Trump was elected in 2016, I initially wasn’t sure what to expect. Trump had campaigned on unclear policies and wild statements that were vaguely to “drain the swamp” of Washington. I was wary of the man, as were many conservative friends, but the alternative of Hillary Clinton was frightening to us. So we figuratively held our noses and voted for Trump.

Lo and behold, our conservative dreams came true in 2016. Trump, while personally narcissistic and boorish and inflammatory and bombastic and egotistical and hypersensitive, actually instituted conservative policies like no president before him. The Affordable Care Act was emasculated, though not overturned completely. He appointed a large number of textualist judges to the courts, including three justices to the Supreme Court. He forced America’s allies to pay for the protection services of our military in NATO and elsewhere. He closed off the borders and insisted that immigrants were welcome as long as they followed the laws of our land. He pressured dictators in Iran and North Korea to halt their bellicose actions and reduce their anti-American rhetoric. He brokered three peace agreements between Israel and Arab countries when most presidents salivated over the thought of one peace deal to win them a Nobel Prize (though Trump will never be awarded one). He reversed the policy of “tough love” for Israel that Obama had touted and that had undermined Israel’s influence and encouraged its enemies. He lowered taxes. The stock market rose and unemployment fell to record lows, particularly among minorities, something promised by Obama but never accomplished.

Then came the pandemic and Trump’s poor leadership of the crisis, and the American public turned against him. We’re still counting and recounting the votes, but even if Trump manages to find fraud and somehow convince the courts and Democratic leaders of the big cities to throw out illicit ballots and win the election, the margin will be tiny. At least half the population voted for Joe Biden.

Biden has already pledged to undo many of Trump’s reforms, including those on civil rights, taxes, and Middle East policy. He is under pressure to appoint far-left cabinet members such as Elizabeth Warren and Bernie Sanders. And just like his pick for vice president, Biden has made it clear that skin color, ethnic background, sexual preference, and gender identity are highly qualifying factors for his cabinet rather than actual knowledge, experience, and skills. He also plans to force this “diversity” on corporate America.

What does this mean? Unfortunately, it means that style will always trump substance. It means that despite the popularity of Reagan and America’s growth under his leadership, despite the tremendous gains under Trump, despite the founding values of our country, the American people vote for the person they like best. It means that promoting conservative values and policies have little influence unless they are promoted by a personality that the American public loves. In the 1980s, that was Ronald Reagan, the fatherly Hollywood celebrity who made people feel good again about America and America’s place in the world. In 2016, it was Donald Trump who also made people feel good about America’s exceptionalism and who promised a new, brash kind of leader who would speak his mind, uncensored. But in both cases, conservative ideology seemed to be a side issue that had no or little influence on the election.

What does this mean for the future? Unfortunately, it means that the pendulum of politics will continue swinging left and right, depending on the messages of our leaders but not on their policies. And I fear that every swing to the left is that of a wrecking ball; after one too many swings, America’s character and values may be damaged permanently.